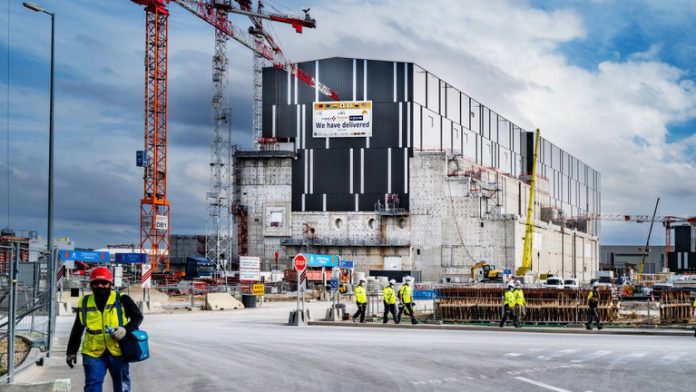 The International Thermonuclear Experimental Reactor (ITER), which is currently under construction in France, may take years to produce useful energy, according to CEO Pietro Barabaschi, who visited the facility this week.

The project, which began in southern France in the 1980s with the goal of producing commercial electricity through nuclear fusion, was expected to become a large-scale carbon-free source of energy by 2025.

However, that deadline “wasn’t realistic in the first place,” according to Barabaschi, and the project now faces two new challenges.

The first issue, he claims, is incorrectly calculated measurements for block joints that must be welded together for the reactor’s chamber. The second is the recent discovery of corrosion traces in a thermal shield, which is required to contain the heat produced by nuclear fusion.

According to Barabaschi, resolving these issues will take “months, if not years.”

Light atomic nuclei are forced together in a heated plasma held within a doughnut-shaped confinement device known as a tokamak during the fusion process. The goal is to create a reliable and nearly infinite supply of electricity.

ITER was launched in 1985, following a meeting between then-US President Ronald Reagan and Soviet leader Mikhail Gorbachev. Over the years, the project has faced a number of technical and financial challenges. It is currently being developed collaboratively by companies from China, the EU, India, Japan, South Korea, Russia, and the United States.

Despite sanctions and the Ukraine conflict, Moscow continues to participate in ITER. Russia most recently supplied the project with a massive magnet required for the tokamak’s construction in November of last year. According to the project goals, the ITER tokamak will be the world’s largest and most powerful fusion device.