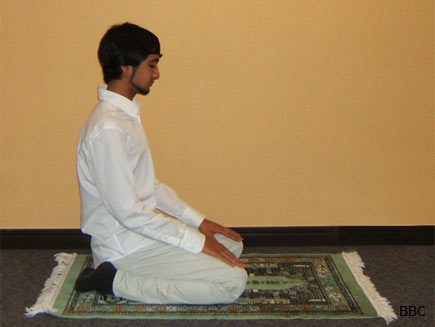 Dozens of suspected members of the Boko Haram who rounded up and killed Muslim worshippers in a Yobe village mosque last Friday were on a revenge mission, Daily Trust learnt from residents yesterday. They said the terrorists who stormed Buni Gari in Gujba LGA threw explosives at worshippers who were observing Maghrib (sunset) prayers around 7pm.

The residents said the invaders entered the village which is less than 100 kilometres from Damaturu, the state capital for the third time attacking Buni Yadi, a farming and business community worsening the already crippled social and economic life of the people.
“The worst part of our predicament is that, like what happened during previous attacks, there was no resistance from security operatives in the village. The soldiers and the policemen simply disappeared soon after the militants fired the first shot,” a trader Abubakar Yadi, who escaped from the village said.
He said the insurgents had earlier surrounded the village mosque and told the worshippers their mission.
“They (Boko Haram) were angry with us. They reminded us that we trailed three of their members sometime ago…killed one, handed over the second to soldiers and the third one narrowly escaped. They said it was an affront and disrespectful and therefore the whole village must pay a price. They threw explosives into the mosque which killed nearly 20 people,” he said.
Another villager, Mallam Mohammed, said some of the worshippers escaped the blast in the mosque but were shot with Ak47 rifles.
“We are yet to see some of our people, including women and children who fled into the bushes,” Mohammed said. It was gathered that over 60 percent of the eastern part of Buni Gari was destroyed by the attackers who set most of the houses ablaze. Sources said over 200 brick, mud and thatched houses were destroyed. Over 40 vehicles were burnt at the motor park. They also destroyed shops, stalls and other property.
“They moved from one area to another and took their time to wreak havoc,” Bala Baba, another local who moved his family to Damaturu yesterday said.
“The life of over 10, 000 people in Buni Gari is threatened. They vowed that they would force us into extinction for daring them”, he said. He said military operatives only returned to the village after the attackers left. Police commissioner Sanusi A Rufa’I said 10 people died inside the mosques while 10 others were hospitalized but was not sure if any of those that sustained bullet wounds later died in their homes or hospital. The commissioner said that based on the on assessment conducted by the police, 4 tricycles machines, over 100 houses and 40 cars were burnt.