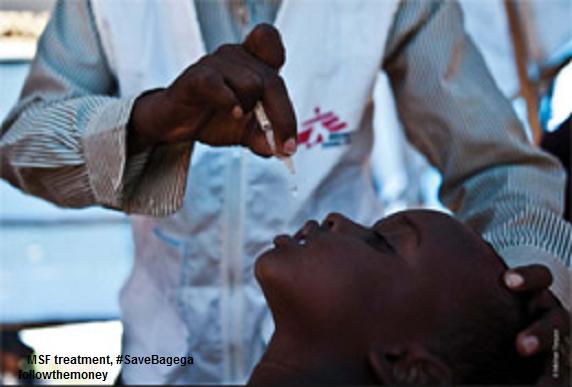 NewsRescue– Zamfara’s Bagega village’s 500,000 cubic feet of poisoned terrain is now sufficiently cleaned up to allow MSF Doctors without borders, go in and treat the hundreds of poisoned children. Over 400 have died in the largely disregarded failure of parents, state and federal government and the 1500 children of the 8000 estimated total population are at risk.

Illegal gold mining continued in Zamfara due to poverty and according to a Yahoo news story, villagers rather see their children die than live in poverty. Poor rain fall also kept the former farmers as risky gold miners.

Much thanks and appreciation must be given to the #SaveBagega campaign who utilized all opportunities of social media to keep awareness up on the plight of the children, where their senate representatives and the government failed them.

In the struggle, one senator from Kwara state, Senator and Dr. Bukola Saraki stood out. A regular tweeter on #SaveBagega, Senator Saraki campaigned and contributed toward rescuing the people of the distraught villages. In a true show of what national leadership and compassion for the people is about, Saraki recently funded the formation of co-operatives for women in Bagega Village, Zamfara State, donating N500,000 and promoting a campaign to raise $3 million on followthemoney, towards empowering the locals so as to remove them from reliance on dangerous mining.