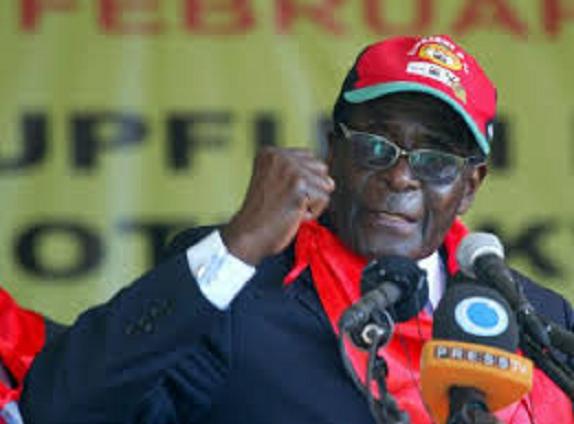 With most seats declared, the Zimbabwe Electoral Commission said Zanu-PF had won 137 seats in the 210-seat chamber, just short of two-thirds.

Results in the presidential race have yet to be announced.

Mr Tsvangirai, 61, who heads the Movement for Democratic Change (MDC) and is running for president against Mr Mugabe, said the vote was “null and void”.

There is a mood of despair among Morgan Tsvangirai’s supporters – they are shocked and dejected.

A palpable feeling has gripped the capital, Harare, where people’s hopes had been raised by the absence of the intimidation and violence seen in past elections. Many cannot understand how President Robert Mugabe’s party managed to win seats in Mr Tsvangirai’s urban strongholds.

In contrast, Zanu-PF supporters feel they have brought back the father of the nation, who fought colonial rule and restored the dignity of black Zimbabweans.

The country is torn apart by political strife. Emotions are running high and the country is likely to face another period of bickering and, perhaps, economic stagnation.

The leaders of Mr Tsvangirai’s MDC are meeting on Saturday to map the way forward. The question is whether he will remain at the helm, or face internal pressures to quit. The strong indications are that he may stay on in the opposition trenches until the next election.

For now, the MDC is pursuing the legal route, which – judging by the past – is unlikely to succeed.

For President Mugabe, it is time to go back to the office, where he will face the world’s questions about his legitimacy.

A local monitoring group has also said that the poll was “seriously compromised”.

However, the two main observer groups have broadly endorsed the election, saying it was free and peaceful. Read full