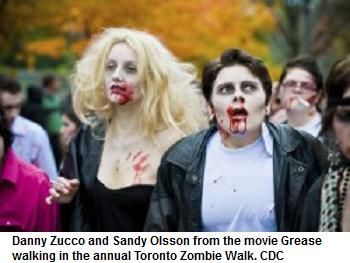 In a bizarre and terrifying incident, a 24-year-old man has died on a Dublin-bound flight after “running amok,” and biting another passenger. The crew described him as being, “extremely violent.”

The Aer Lingus flight took off from Lisbon, Portugal and was en route to Dublin, Ireland.

All of a sudden a man “ran amok” across the cabin, bit a fellow passenger and had to be restrained by the crew. He injured “one or two passengers.”

The crew had to broadcast an emergency ‘Pan Pan’ message three times and told air traffic controllers about the incident, before making an unscheduled landing at Cork airport.

After being restrained, the man fell unconscious. He soon lost his pulse and was pronounced dead at Cork airport. There was a doctor onboard, but he could not help.

The body of the 24-year-old has been transported to Cork University Hospital for a post-mortem examination, the Irish Mirror reported.

The passenger is reported to have been flying on his own and he may have been studying in Ireland.

Aer Lingus has issued a statement about the incident, which read: “Aer Lingus flight EI 485 Lisbon to Dublin, diverted into Cork due to a medical emergency on board.”

“There were 168 guests and 6 crew members on board. The flight landed safely at 17:40 local time.” The passengers were taken to Dublin by bus, The Guardian reported. RT