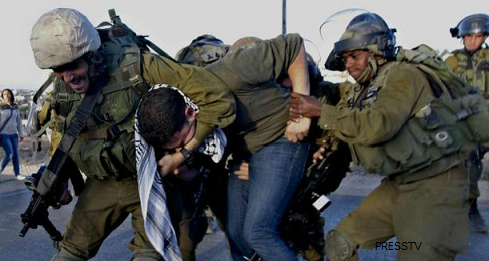 Thousands of people across the world have taken to the streets to protest against Israel’s racist plan to displace tens of thousands of Bedouin Arabs from their villages in the Negev desert.

Several thousand people held demonstrations in what was termed as an international “day of rage” on Saturday in the Negev itself, Haifa, al-Quds (Jerusalem), the occupied West Bank and the Gaza Strip.

Similar demonstrations were also held in London, Berlin, Rome, Istanbul, Cairo and in several cities of the United States.

NewsRescue-Israel Paying Africans $3500 To Leave: The Africans Are Not Wanted!

Israeli Prime Minister Binyamin Netanyahu criticized the protests, saying, “We will not tolerate such disturbances.”

“Attempts by a loud and violent minority to deny a better future to a large and broad population are grave. We will continue to advance the law for a better future for all residents of the Negev,” he added.

If passed by Israel’s Knesset, 35 “unrecognized” Bedouin villages will be destroyed and up to 70,000 people removed to other places.

“We are all here to say loudly and clearly that the Prawer Plan will not pass,” Arab Knesset member Ahmad Tibi said. “Prawer is the plan to take out Palestinians — the indigenous people — from their land in the Negev and bring instead Jewish settlers.”

“We are Palestinians, we are the Arab minority here and asking to be treated equally. The Zionist point of view is to get rid of the Arabs and Palestinian from their land who are the original people in the first place and bring in Jewish settlers … we will not accept that,” Tibi added.

Amir Abu Quaidar, an organizer of the demonstrations, said the demonstrators were seeking to force Tel Aviv to withdraw its plan.

“We are here to give a clear message to the Israeli government that the Bedouin communities are Palestinian, and we see today protests all over the world, in Palestine, in the US, Europe, opposing this plan and to express solidarity with our Palestinian cause.”