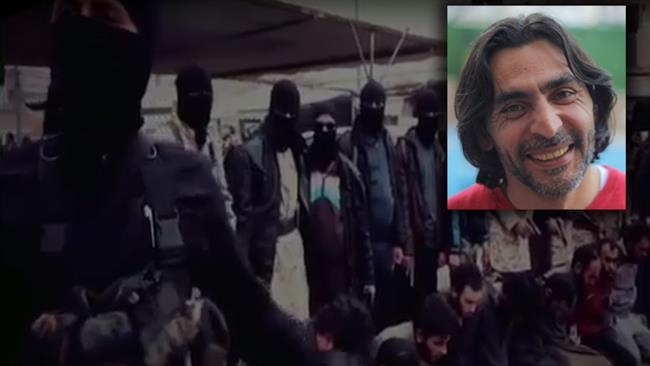 A prominent Syrian journalist and documentary maker known for his anti-Daesh films has been assassinated in Turkey’s Southeastern Anatolia region.

Naji Jerf, editor-in-chief of the Hentah monthly, was shot in the head with a silenced handgun by unknown assailants near the Syrian border in the Turkish town of Gaziantep on Sunday and died after being transferred to hospital.

As an investigation was being carried out into the incident, a Daesh supporter reportedly attributed the killing to the terrorist group on social media.

According to New York-based NGO Committee to Protect Journalists (CPJ), Jerf had recently directed and produced a film documenting the killing of Syrian activists by Daesh terrorists during their occupation of the Syrian city of Aleppo in 2013 and 2014.

“We call on Turkish authorities to bring the killers of Naji Jerf to justice swiftly and transparently, and to step up measures to protect all Syrian journalists on Turkish soil,” said the nonprofit’s regional coordinator.

The 38-year-old, a father of two, was from the western Syrian city of al-Salamiyah.

Daesh has seized parts of Iraq and Syria, where it carries out the bulk of its activities. It has been engaged in bloody acts of terrorism against people of all communities in the areas under its control.