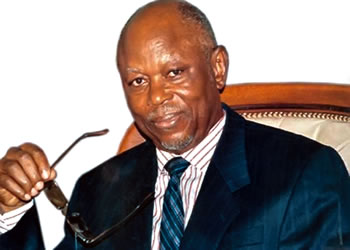 President Goodluck Jonathan has been advised to start writing his handover note well ahead of next year’s election in view of the successful National Convention of the All Progressives Congress (APC) concluded yesterday in Abuja.

In a statement congratulating the party’s leaders on the outcome of the Convention, the Rivers State Chapter of APC said: “We are proud of Asiwaju Bola Ahmed Tinubu, General Muhammadu Buhari, Dr. Ogbonnaya Onu, Chief Bisi Akande, Alhaji Atiku Abubakar, Governors Chibuike Amaechi and Aliyu Wammako, as well as other party leaders too numerous to mention, for organising a successful Convention to the chagrin of the PDP leadership and other enemies of democracy who had prayed for a failed Convention. For these great Nigerians to have buried their ambitions, differences and interests to unite to present this great salvation party for Nigerians is a great development in the efforts to retrieve our great country from the evil clutches of PDP and rebuild it in accordance with the wishes of all Nigerian patriots.

“The Convention that successfully produced a substantive leadership to steer the affairs of our great party without any rancour or division should be a thing of joy to all Nigerians. With the election of a great mind, a visionary, foresighted leader and fighter for true democracy like the former Governor of Edo State, Chief John Oyegun as our National Chairman, the need for President Jonathan to start writing his handover notes cannot be over-emphasised.

“With other great minds like Elder Pius Oluwole Akinyelure, Mr. Hillard E. Eta, Mr. Segun Oni, Alhaji Lawal Shuaibu, Alhaji Mai Mala Goni, Barrister Muiz Banire, Alhaji Lai Muhammed, Mr. Orji Ngofa, Mr. Timi Frank and Mrs. Racheal Akpabio
who also emerged among our substantive leadership during the Convention, APC shall surely take its rightful position as the emancipator of the masses and restorer of hope of Nigerians by bringing up a focused and visionary Presidency that will take us out of the mess into which the PDP-led administration has put our nation.”

Rivers APC in the statement signed by the Chairman, Dr. Davies Ibiamu Ikanya, expressed confidence that “the new APC leadership would be able to mend the ideological, cultural and ethnic cleavages of the major blocs that gave birth to the party which are the binding forces of our great party.”

Continuing, Rivers APC said: “The new leadership should be assured of our common and united drive to send packing the present PDP leadership at all levels of our nation as we need to see an egalitarian Nigeria where the lives of Nigerians and their property will be secured, jobs created for our teeming youths and create the type of Nigeria devoid of corruption and respected by the international community.

“In line with the above, our vision is tied with what our Leader, Governor Chibuike Rotimi Amaechi, stated during his remarks during the Convention that “APC promises CHANGE; and it has the pedigree to do so. As it is usually said, no nation can rise above the quality and capacity of its leaders. The aggregation of the individual qualities and capacities of the leaders that make up the APC is what APC boasts of. Our pedigree is in the performance of our states: Lagos; Rivers, Edo, Osun, Ogun, Ekiti, Oyo, Sokoto, Kano, etc. But above all, our hope for change is in you: In your desire for a better Nigeria. A Nigeria where the stealing of public fund will be corruption and is punishable; where our unemployed youths with will not be reaped off and lured to their graves in the name of job interviews; where lives will worth much more to the Government than mere flowers that blossom and fade with time; where national growth will not be measured by the number of private aircraft but by the number of persons that can announce their next meal; where education for all shall be the responsibility of all; where health delivery shall be a priority to Government, a right of the people and not a privilege; etc. APC states are doing these . . . APC Nigeria will do even more.”