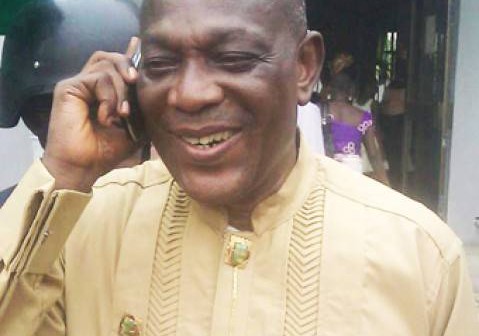 The chairman of the Peoples Democratic Party (PDP) in Bayelsa State, retired Colonel Sam Inokoba; the former director of the Niger Delta Development Commission (NDDC), Timi Alaibe; and over 1,100 Party leaders on Saturday left the PDP for the All Progressives Congress (APC).

Addressing a political rally at the Samson Siasia Sports Complex, Mr. Inokoba said that they were crossing over to APC because the PDP-led state government has derailed from its original objectives.

He said that they were disenchanted with the leadership style of Governor Seriake Dickson, which he said had abandoned the tenets of good governances, as well as bemoaned the lack of internal democracy in the PDP. Mr. Inokoba also mentioned that PDP was bedeviled by endless intra-party squabbles and manipulation by the PDP governor.

He said that he was moving into APC with his followers from 105 wards in the state and urged the Bayelsa people to shun their qualms and embrace change.

In his remarks, Mr. Alaibe noted that he was not changing for the sake of change but to steer the state from poverty to prosperity.

He said that a state as endowed as Bayelsa had no business with poverty. Mr. Alaibe regretted that the state had not benefitted from its natural endowments and pledged to work to install an APC government.