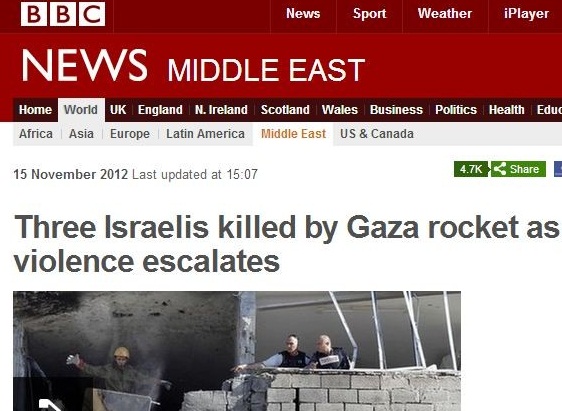 NewsRescue– In the rising tension in Israel and the Gaza strip of Palestine, with the world waiting to see if and any Gaza retaliation after Israel launched the largest military escalation in years, killing among others, the head of the Palestinian Hamas military army, the BBC as noticed by PrisonPlanet, has again showed what can be read as its disregard for Palestinian existence when compared to its respect of Israeli life. NewsRescue strongly abhors the killing of innocents on both sides.

The BBC apparently thinks that one Israeli life is worth 5 Palestinian lives and that the 15 dead Palestinians are not even worth mentioning until the 4th paragraph. The article also describes Israelis as “people” – a term not afforded to the dead Palestinians. -PrisonPlanet 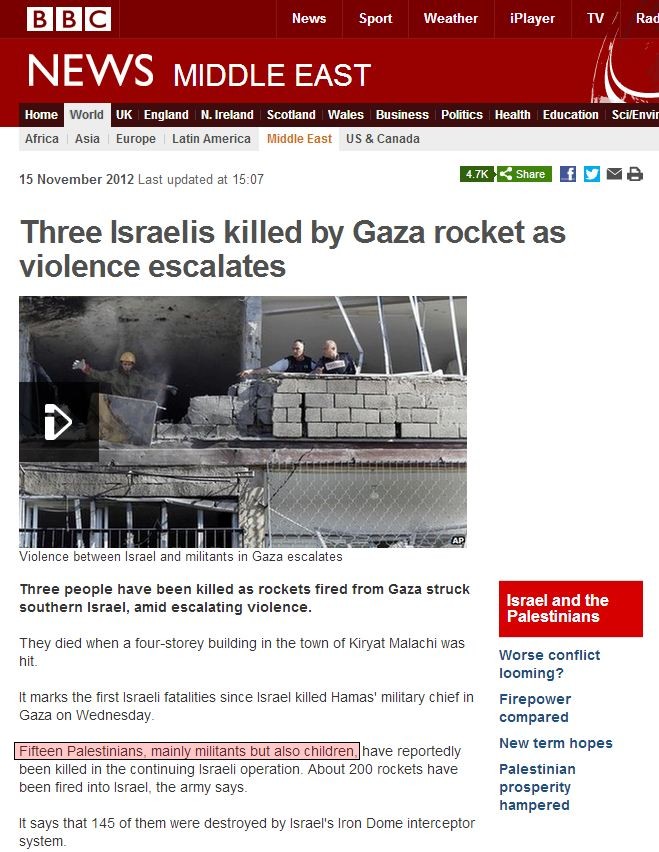