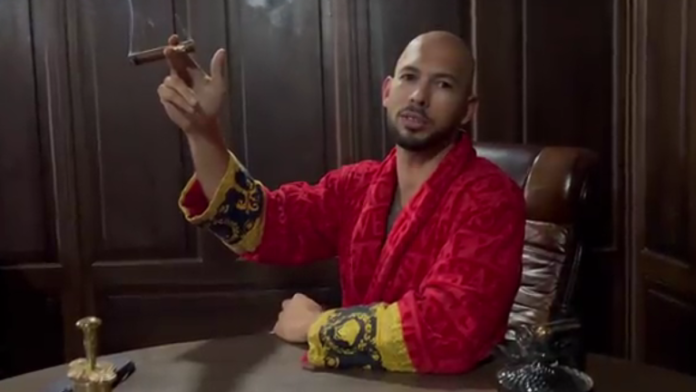 Andrew Tate, a former British kickboxer and controversial social media star, was detained in Romania on Thursday along with his brother Tristan Tate. According to Reuters, prosecutors suspect the pair of human trafficking and rape.

Tate was photographed in handcuffs while being escorted in Bucharest by Romanian police officers. The arrest of the brothers was confirmed by their lawyer to the news agency.

Tate has been described as the’manosphere’s’ voice, an online community of male influencers who are frequently accused of spreading toxic masculinity and misogynistic ideas. “If you put yourself in a position to be raped, you must accept some responsibility. “I’m not saying it’s fine that you were raped,” Tate tweeted in 2017.

According to some reports, police were able to locate Tate thanks to a video he made criticizing Swedish climate activist Greta Thunberg. Tate was seen eating pizza from the Romanian restaurant chain Jerry’s Pizza in a video posted on Wednesday, with the name visible on the box.

“This is what happens when you don’t recycle your pizza boxes,” Thunberg tweeted after learning of Tate’s predicament.

On Thursday, Romania’s law enforcement agency DIICOT announced on its website that two British and two Romanian nationals had been arrested on suspicion of forming an organized criminal group, human trafficking, and rape. Without naming Tate, the agency stated that prosecutors ordered the four to be held for 24 hours.

According to authorities, the suspects duped women into thinking they wanted relationships with them. The victims were then detained on properties outside of Bucharest and subjected to physical and psychological abuse. They were allegedly “forced to engage in pornographic acts with the goal of producing and disseminating such materials on social media platforms,” according to DIICOT. Six victims have so far been identified, according to the statement.

Romanian police discovered two young women in Tate’s villa in April, according to the newspaper Libertatea. Tate and his brother, the women claimed, had held them against their will. Tate was questioned by police at the time and released, but the investigation is still ongoing, according to the paper.