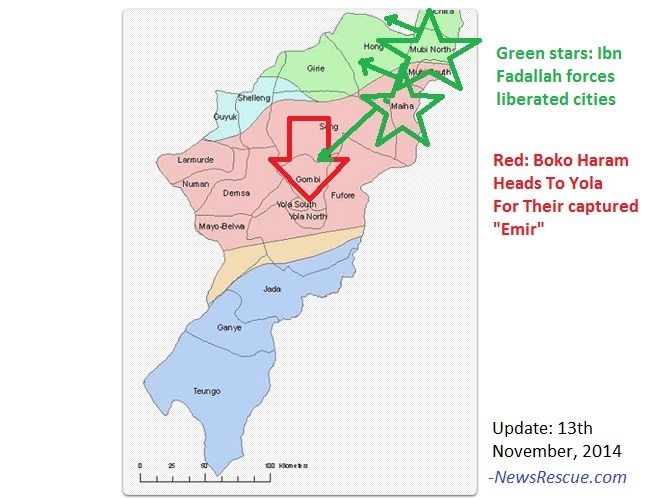 The latest reports of the Boko Haram terrorists operating in Adamawa state is their success in capturing Garkida, Northwest of Yola. This after they conquered and sacked Gombi and Hong after being battled by the forces of the Ibn Fadlallah vigillantes warriors at Mubi.

The Nigerian police is said to be disturbing the Ibn Fadlallah warriors with a fictitious new “screening” suddenly, urgently ordered by the President of Nigeria in what has been described as an open show of support for the success of the terrorists campaign.

The terrorists are desperateto conquer Yola, the state capital. meanwhile hundreds of fellow hunters and vigilantes are trooping to Adamawa and Yola to join the civilian campaign against the terrorists.