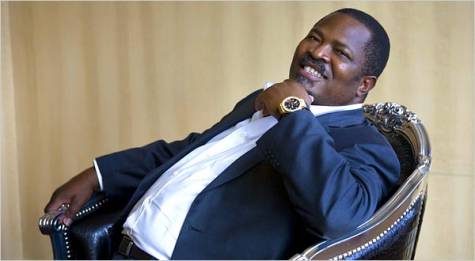 It is a slogan with die-hard so-called Jonathanians and the cornerstone of the gospel of hate Nnamdi Kanu, real name, Nwannekaenyi Okwu-Kanu sold to his seemingly gullible and misinformed Radio Biafra followers to rally PDP support and APC-hate.

It comes from a headline in Nduka Obaigbena’s ThisDay in an article written by a certain John Siklam on June 3rd, 2013. Later, this fictitious headline was mirrored in a few careless editorials.

The malicious headline tricked casual readers and PDP political warriors into believing such material was in the article, however an educated reading of the article, immediately proved no such reference or hint of such existed in the statements made by Buhari as written in ThisDay’s very own article falsely captioned. Indeed the very article itself debunked its headline, but illiterates and the hate-invested did not notice.

What Buhari had said according to the text of the very ThisDay article and as can be read from his actual interview with Liberty Fm radio, was simply Buhari’s rejection of the state of emergency declared by Jonathan in the three northern states.

Buhari according to the article and the actual radio interview said, “the declaration of an unnecessary state of emergency was an attack (by Jonathan) against the northern economy/life.“

It could be compared to Buhari having declared an unnecessary state of emergency say in Aba last week to contain Radio Biafra riots. Whereas we see today that Boko Haram is being contained without such declaration which was later denied approval by Nigeria when Jonathan begged for an extension thus proving the validity of Buhari’s stand.

In spite of knowing the statement is false, mischievous northophobes and die hard PDP Jonathanians use it as their canon.

Nduka Obaigbena is a well known what Nigerians call Jonathanians. His newspaper was used aggressively for libelous and slander campaigns against the current president.

Asked about the statement in a recent interview in London, Buhari was shocked as he replied the questioner; “what northerner would make such statement when Boko Haram is massacring them?” not even realizing they were referring to him in particular.