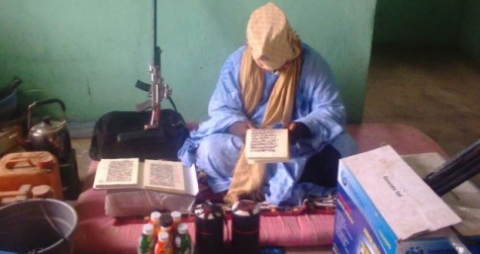 NewsRescue- According to a latest audio press release by another self professing and severely blood thirsty ‘leader’ of Boko haram, a guy going by the moniker- Mohammed Marwana, that other leadership who released a video, that Abu Zamira one that said they shot and deposed Shekau, are not the new bosses, he is. And to prove his leadership of the terrorist group that is being decimated by the serious military and no nonsense civilian JTF, he allegedly warned the Nigerian government and other competing leaders, that he will stage the recent Kano terrorist bombing, which occurred with the loss of 40 lives to his pride and credit, according to his audio statements received by news agencies.  The psychopaths words:

“I personally instructed the attack in Kano to prove to the world that, I am the real leader of Boko Haram because there have been retrogressive forces on the issue of dialogue, who kept doubting my leadership in the sect. I told them ahead that there will be attack, and it has happened. It is a warning, and we need to say again that we carried out the attacks in Kano.”

Marwana further said that though Shekau is no longer the boss, he is not dead.

The reality is- Boko haram is not what we used to know. They are no longer a structured terrorist and potential insurgent organization. Boko haram according to NewsRescue analysts has permanently lost structure and organization. The concerted military campaign has succeeded in running the prior well seated group, underground and destroying all formation. All that is now left is a group of terror trained desperate bandits seeking recognition for hope of bribe from Nigeria’s corrupt government.

If the new revelation is true, it is sad and scary to note that the Nigerian Jonathan administration was forewarned of the Kano attacks  but did not do anything to secure life or warn the masses to be at an alert and secure their lives themselves. In events of terror chatter the US warns its people with terror alert TV and radio color codes. Recently we saw US embassies closed due to terror warnings. Boko haram strangely does not attack government officials, hence it is no surprise that the government never takes the threat seriously as it should.

Additionally, the only reason why these many new heads of Boko haram are arising, is for amnesty bribe. The government of Nigeria must immediately take all such bribe for death offers off the table and deal with Boko haram as mere blood thirsty criminal bandits, to stop all these new sick heads of the dying snake from popping up and wishing to demonstrate their credibility by demonic acts of murder.

Top officials in the Nigerian government are now aiding in the creation of so-called heads of the terrorist cults, so as to present these for reward with the expected millions of naira amnesty proposal funds. This is sick and pathetic. There is no reason for continued mention of any amnesty for these sick terrorists and their government friends and masterminds.