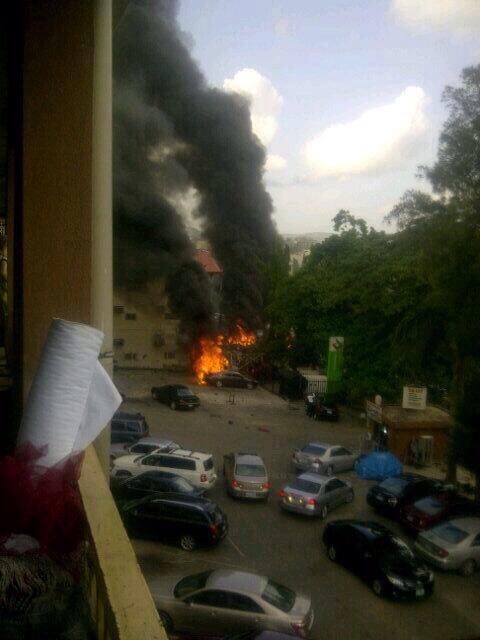 Eyewitnesses said there are body parts scattered around the scene of the blast. The fire has been put out. Rescue workers are now searching the shops. Witnesses say some traders are trapped in their shops. Soldiers block off the area. More fire service officials arrive. More ambulances too. Traders say the explosion was a car bomb at the gate of the plaza. Bodies of injured are being taken to hospitals.

Emergency officials are evacuating victims to the nearby Maitama District Hospital.
Our reporter at the Maitama general hospital said at least six  victims have been confirmed dead and taken to the morgue. She has also counted about 17 injured victims that have so far been brought in, including a white man with a broken leg.

Fire Service have arrived the scene of the blast. There are frantic attempts to extinguish the burning cars. Traders in the plaza said the blast apparently went off in a car that was driving into the mall.