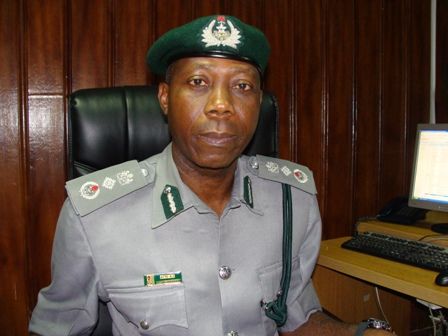 All five Deputy Comptroller General of the Nigeria Customs Service have tendered their resignation in an apparent protest today, SKYTREND NEWS can exclusively report.

In a one-page letter jointly signed by the five of them exclusively obtained by SKYTREND NEWS, the senior officers said they were all unanimously and voluntarily resigning from the service of the Nigeria Customs Service having risen to the position of Deputy Comptroller-General. ( See attached Letters)

SKYTREND NEWS gathered that the officers were sheduled to proceed on annual leave but they opted to uninanimously resign.

There are a total of six Deputy Comptroller-Generals in Nigeria but our source, who asked not to be named because he was not privileged to speak on such matters, said the sixth one had earlier retired before the resignation of the former Chief Comptroller General of Customs.

According to our source, before now, the five Deputy Comptroller-Generals were briefly posted to Zonal Offices to work with the Assistant Comptroller-Generals. After they came back, they were given letters to proceed on a schedule of annual leave. (See Attached leave schedule)