The terrorists came through the Damboa axis (through Konduga), south of the capital, and heavy fighting is going on. The terrorists are being engaged at Dalwa, Konduga. They may be staging attacks from other axis’.

They struck around 5 am local time.

This is the second attack in a few days; there was another attack same time (Sunday morning) last week during which they seized Monguno local government and weapons loaded barracks. We just reported of terrorists massing fighters in Maha, northeast of Maiduguri in preparation to surround and attack the state capital from different angles.

“As I am talking to you, all I can hear is the sounds of bombs and gun shots,” a Maiduguri resident told our correspondent.

Update: Thousands of civilians are said to be trooping to the battle zone to join the Civilian-JTF already fighting side-by-side with the military. 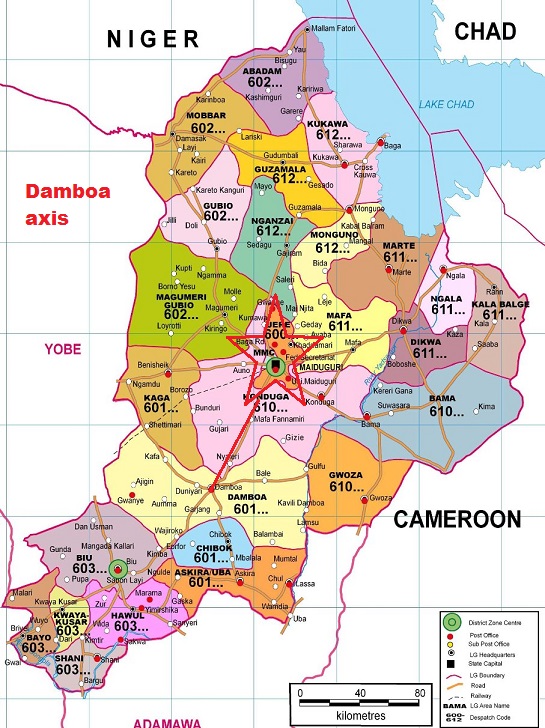