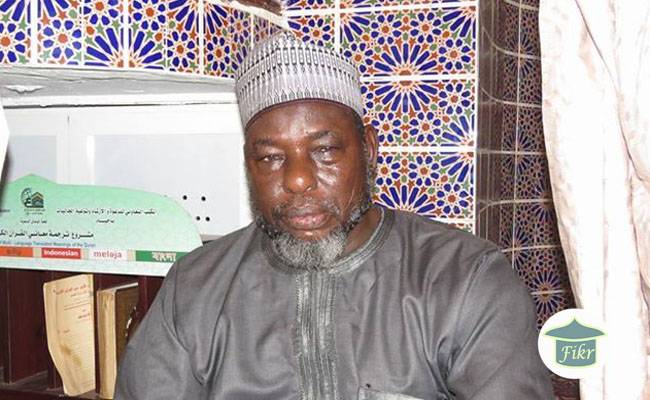 The death and burial have been reported of prominent Sheikh Dr. Alhassan Sa’id Adam Jos. He was a prominent member of Jama’atu Izalatul bid’ah wa’iqamatus sunnah, aka Izala group and the leader of the group’s Kaduna faction.

He passed in the hospital and has been buried today around 11:00 am in the morning in front of his home mosque in the city of Jos. He was 61 years old.

His death announced in Hausa:

Just like you said, an interview was held before Dr Ahmad came to Nigeria to start the Ramadan Tafsir. He was called on the phone and the speaker was put on and he was asked questions. The late Jafaar Adam, Malam Isiaka Yunus and I, were physically interviewed and at the end of the exercise, Dr Ahmad came first while I came second and Jaafar came third. The late Sultan Muhammad Maccido wrote to tell me that I was Dr Ahmad’s deputy and since he started the yearly Tafsir, I have consistently been coming for the opening and closing sessions. Significantly, we have been friends since our student days in Saudi Arabia. He used to visit me in Medina and I used to go to Mecca to see him because we attended different universities. However, he was unable to make it to the country this year because of what happened. To answer your question, I’m ready to face another interview if the need arises; if a committee wants to scrutinise my claims to Islamic knowledge, I will be ready to present my papers to it. Read full