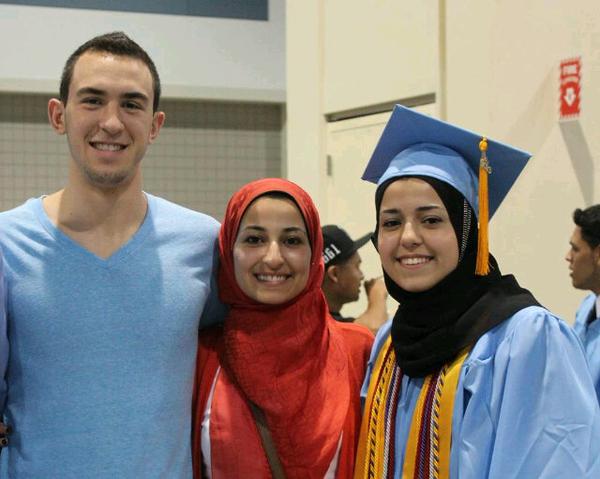 Three Muslim-Americans were murdered at an apartment complex near the University of North Carolina, Chapel Hill on 10 February 2015, in what appears to be an anti-Muslim terrorist attack. Nine hours after the attack (which occurred at 5pm EST), there was very little media coverage, and no national coverage by any major news outlets.

Family members have confirmed on social media that the victims were Deah Barakat, his wife Yusor Abu-Salha, and her sister Razan Abu-Salha.

Barakat and Yusor had only just been married.

A day before she was killed, Yusor Abu-Salha posted this wedding photo. My heart breaks. RIP #ChapelHillShooting pic.twitter.com/EBdQcMLOSH

The happy young couple had their entire lives ahead of them. 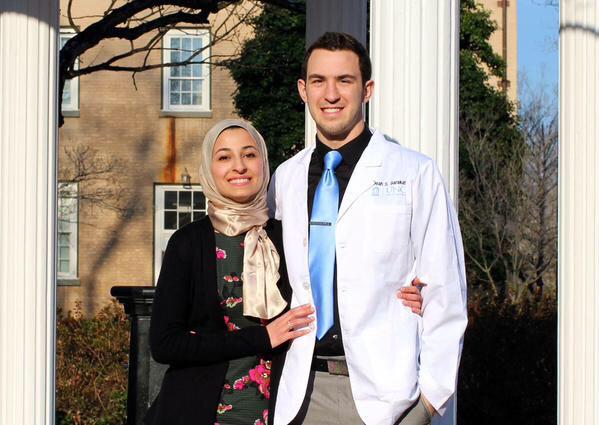 Yusor had just began a D.D.S. program at the UNC School of Dentistry, according to her LinkedIn profile. She graduated with a Bachelor’s degree in 2014, and was 21 years old. 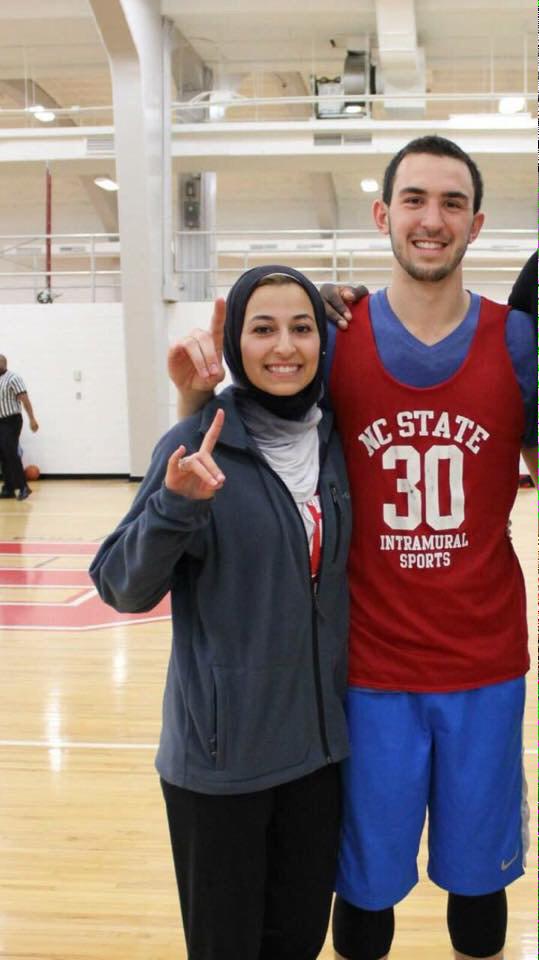 According to his LinkedIn profile, Barakat had graduated in 2013. He appeared to work in law. He was 23. 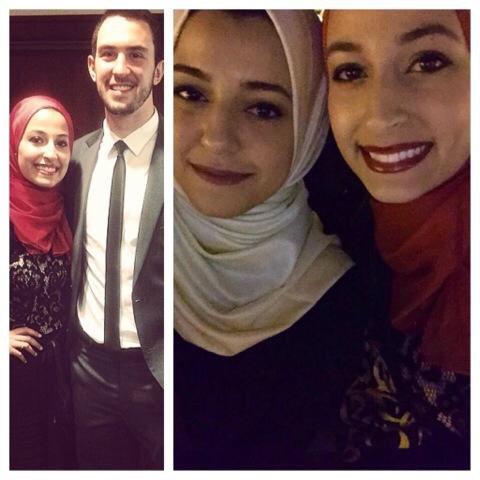 Barakat had created a Syrian Dental Relief program for Syrian refugee students in Turkey. He has now surpassed his original goal of $20,000. 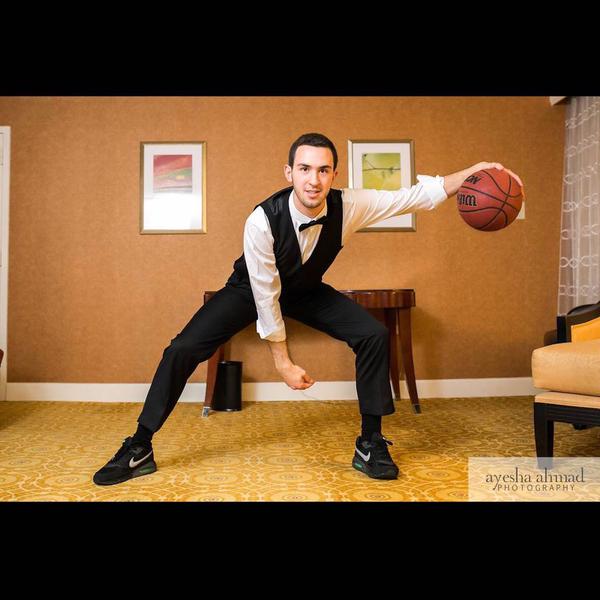 Razan was a UNC student as well. She was still a teenager, at just 19 years of age. 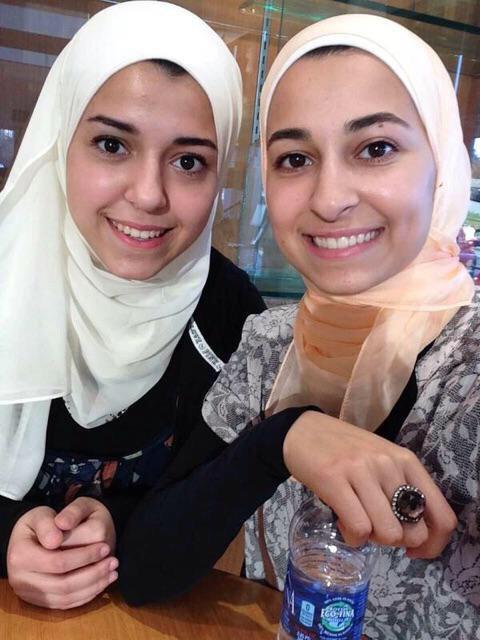 3 Muslim Americans Killed in #ChapelHillShooting; Media Ignored It http://t.co/vb47xiZC0w This will constantly be updated with new info.

If they had been white Christians, the media would have been all over it. RIP #ChapelHillShooting via @LatuffCartoons pic.twitter.com/lsP3oCPnQ3

Razan also kept a Tumblr blog on which she regularly posted. Her blog looks like it could have been any of ours. Yet she was killed because she practiced a different religion.

Some reputable sources are claiming the three were murdered execution-style. It is hard to verify, because, again, the media has released very little information.

Nine hours after the attack, local media finally reported that 46-year-old Craig Stephen Hicks had turned himself in to the Chatham County Sheriff’s Office in Pittsboro, NC. He was charged with three counts of first-degree murder.

46-year-old Craig Stephen Hicks has been charged with 3 counts of 1st-degree murder for the #ChapelHillShooting. pic.twitter.com/MwEgo18uUZ

After the #ChapelHillShooting 7-8 young people sat near the scene, worried for their families. http://t.co/KbUwkJ6adJ pic.twitter.com/rQiczc0eQ4

Police refused to let Deah Barakat’s father go to his son’s apartment to see if he was okay. #ChapelHillShooting pic.twitter.com/77Zxf4cJAt

Read more, as it is being updated