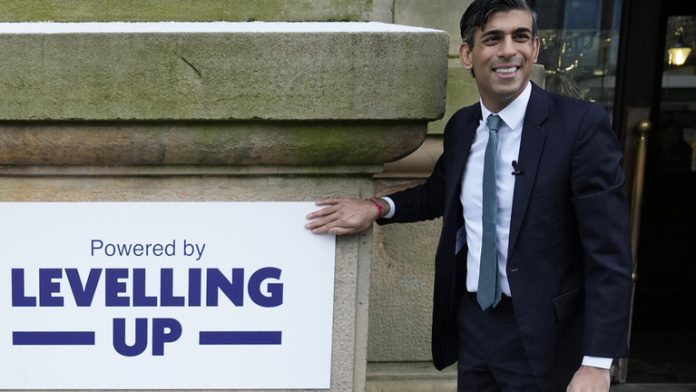 Lancashire Police fined UK Prime Minister Rishi Sunak for driving without a seatbelt. He previously admitted to removing the restraint in order to film a social media video for Instagram.

Lancashire Police said in a statement Friday evening, “You will be aware that a video has been circulating on social media showing an individual failing to wear a seatbelt while a passenger in a moving car in Lancashire.”

“After investigating this matter, we have today issued a conditional offer of fixed penalty to a 42-year-old man from London,” the statement continued.

Sunak’s spokesman, Jamie Davies, told the BBC on Friday that the prime minister “of course” did not consider himself above the law. According to the BBC, failure to wear a seatbelt is punishable by a £100 on-the-spot fine that can rise to £500 if the courts get involved.

Sunak was only “caught” skipping the belt because of a video posted to his Instagram account by his staff on Thursday, in which he gushes to the camera from the backseat of a moving car about his government’s “leveling up” community targeted investing program. As of Friday, the promotional video appears to have been removed.

Sunak insisted through his spokesman that the lack of a safety restraint was due to a “momentary lapse in judgment,” and that he had only removed it for a minute to film the video. Sunak “fully accepts and apologizes for the error,” Davies said. “According to the Prime Minister, everyone should wear a seat belt.”

However, the PM’s opponents were not about to let him off the hook so easily. A Labour spokeswoman said it was just more evidence that Sunak couldn’t connect with ordinary people, arguing that the list of things the Conservative leader couldn’t do – from wearing a seatbelt to using a debit card to managing the UK economy – made for “endless painful viewing.” A senior Liberal Democrat agreed, joking that he was so used to flying in private jets that he had forgotten how to drive.

Sunak’s own party was more accommodating. Blackpool South MP Scott Benton told the BBC that police were wasting their time pursuing the Prime Minister on a clearly political charge when there was real crime to fight.

After taking over from Liz Truss last year, the former chancellor has struggled to reassure the country that he can “grow the economy” and control inflation, despite the fact that numerous economic experts predict the global economy will enter an unavoidable recession this year.