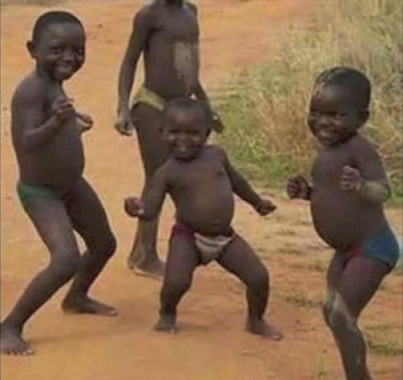 Nigeria’s refineries were never spoiled. It was Goodluck Jonathan and his fuel cabal that kept it shut to plunder billions via fake fuel subsidy.

PRESIDENT Muhammadu Buhari’s anti-graft war has started yielding dividends. Following blockage of leakages, Nigeria’s foreign reserves have increased from $28.57 billion at the end of May to $31.53 billion as of July 22, 2015, the Central Bank of Nigeria (CBN) Governor, Mr. Godwin Emefiele, disclosed, yesterday.

Also, the country will very soon reduce importation of refined petroleum products significantly because Port Harcourt and Warri refineries have started refining products and the Kadua refinery will resume operations in August.

Emefiele made the disclosures while briefing the press at the end of the Monetary Policy Committee, MPC, meeting, in Abuja.

The CBN governor said gross official reserves increased from $28.57 billion at the end of May to $31.53 billion as at July 22, 2015, reflecting the blockage of leakages as well as the bank’s management policies.

He declined to give details of how the leakages were blocked but said that some of the earnings from which some agencies used to make deductions for their operations before remitting the balance to the coffers were paid in full.

His words: “It is true that Mr President, based on his insistence that leakages must be blocked, there have been serious attempts to block leakages both in Naira and in dollars.  Some funds have been trapped in banks and that is the reason there is a vigorous effort to ensure that we all embrace the Single Treasury Account where all revenues collected must come to the centre and after all the revenues have come to the centre, then based on the budget that has been approved for any agency of government,  whatever is due to them to meet their operational expenses would be given.

“But first point is that all revenues must come to the centre.  In the course of these, yes, I can confirm that there were leakages that have been blocked and as a result we have seen some funds trapped in some areas now coming into the centre and that is part of the reason you see the reserves build up.”

Mr. Emefiele disclosed that the CBN and the Nigerian National Petroleum Corporation, NNPC, have been holding talks towards significantly reducing fuel importation which takes a lot of foreign exchange.

“Hopefully, as they ramp up production, they would be able to get to about 19 to 20 million litres that they can produce to meet our daily consumption level of about 30 million litres. Our interest as CBN is that by this act alone we are going to record a drastic reduction in the importation of petroleum products  which will ultimately help our reserve position and help us in our mandate of strengthening the exchange rate”, he said