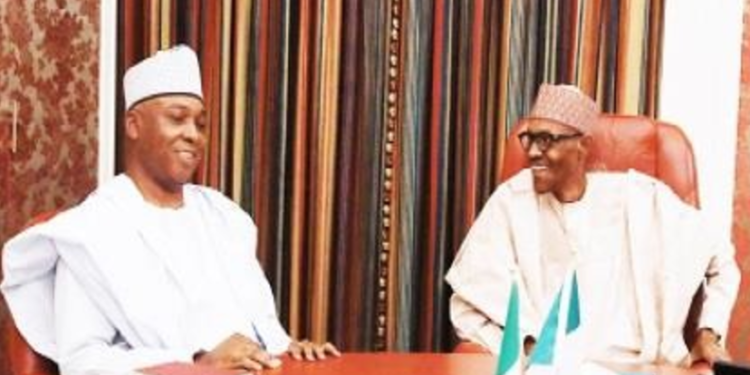 Two weeks after a senator, Matthew Uroghide (PDP, Edo South), called for the commencement of impeachment proceedings against President Muhammadu Buhari, the Senate has refused to speak on the matter and the appropriate committee deliberating on the call is yet to present its report. ‎

Mr Uroghide, who is also the chairman, Senate committee on public accounts, had on Thursday, April 26, called for the invocation of section 143 of the constitution to start the impeachment process of Mr Buhari over his approval and withdrawal of $496 million from the Excess Crude Account (ECA) without the lawmakers’ consent.

Section 143 of the Nigerian constitution provides for the removal of the president from office.

His call came after the Senate President, Bukola Saraki, read out the president’s letter which explained that Mr Buhari gave an anticipatory approval to purchase the Super Tocano aircraft from the U.S government because of time constraint and a hope that the lawmakers will raise no objection.

Coming under Order 15, 42 and 52, Mr Uroghide said the approval without National Assembly’s input was a violation of the Constitution. He said the objective of the expenditure is “very well established but the procedure of approval was wrong”.

His motion was seconded by Chukwuka Utazi (PDP, Enugu North).

Following the impeachment call, the Senate referred the matter to the committee on Judiciary, Human Rights and Legal Matters to deliberate on the call for impeachment and report back to the Senate after one week, May 3.

However, on the said date, there was no scheduled presentation of a report from the committee, neither did the Senate consider such report during the plenary.

The Senate spokesperson, Sabi Abdullahi (APC, Niger) had told journalists that the committee is still working on the report. He said this during a press briefing.

“If they were supposed to present the report by today and they didn’t, it means they’re still working on it. It means they are not done,” he said.

While efforts to reach the vice chairman of the committee, Godswill Akpabio, were unsuccessful, some National Assembly officials who spoke to PREMIUM TIMES off record said the lawmakers have been quiet about the call for impeachment.

“It’s unusual. By now they should have brought the report, I don’t know what the delay is about. And everyone has been quiet about it. No one is saying anything. We just have to wait and see,” said an official who didn’t want his name mentioned.

Persons with Disability in Nigeria are the ...

The Many Schemes That Will Ensure Buhari ...