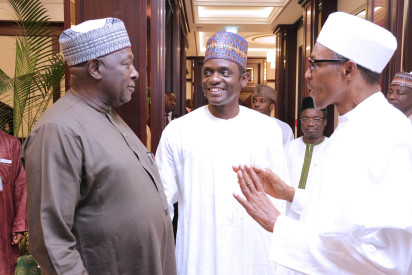 Nathaniel Adojutelegan, the Special Assistant to the  Minister of State for Niger Delta Affairs, Prof. Claudius Daramola, has resigned his appointment.

Adojutelegan made this known in a cover letter written in December 2016 and was received by the State Minister in March 2017.

In a copy of the letter obtained by SaharaReporters correspondent on Wednesday in Akure, Mr. Adojutelegan said he decided to tendered his resignation letter following the nonpayment of his “remuneration” by the State Minister.

He also explained in the resignation letter that he worked for over a year with the Minister without being paid his basic salaries.

“I appreciate the rare opportunity you offered me to serve our country notwithstanding the personal sacrifice I had to make to work for you without any form of remuneration in the last one year,” the letter said.

Speaking with Sahara Reporters on the phone about the development, Mr. Adojutelegan said he was appointed to the position in December 2015 after Prof. Daramola was made a State Minister.

The Arigidi Akoko born legal practitioner noted of his sacrifices during his tenure, “I didn’t receive any remuneration, and I worked for a year without receiving any allowances and salary although I wasn’t complaining about that.

“I want the whole world to know that I made a lot of sacrifices and the resignation is for the record that I didn’t receive any allowance or payment.

“It was a sacrifice for me to leave my law practice in London and come down to Nigeria and got an accommodation for about four million naira without being given a refund.

“It was a sacrifice for me to stay in a hotel for two months and spent about over a million naira without being paid for it,” he further complained.

Sahara Reporters contacted the State Minister for his reaction over the allegation but his phone lines were off.

It is the second time the minister will be involved in a major scandal, recently his driver and house help reportedly stole  N14m cash from his bedroom in Abuja, the minister quietly covered up the theft with the help of the Nigerian police.