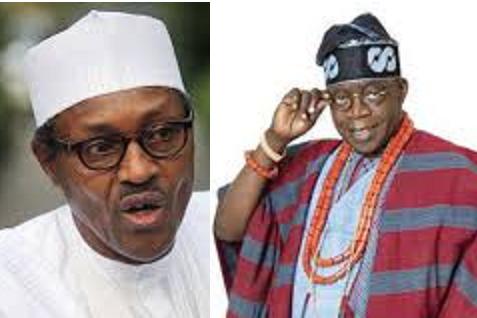 NewsRescue- Nigeria’s president and a top political leader, Asiwaju Bola Tinubu of the APC ruling party earlier definitively promised Nigerians that true federalism is the only way forward and among their top leadership agenda.

NewsRescue investigated this after reading an article by Dr. Peregrino Brimah in which he stated that the true peoples and real leaders in the north want true federalism restored. See: NewsRescue–The North Wants True Federalism Restored: And The South? By Peregrino Brimah

Now that these two leaders are in power, the question is: will they deliver? Or these promises have expired?

Two public articles to this effect are quoted below:

FORMER Head of State and presidential candidate of the Congress for Progressives Change (CPC), General Muhammadu Buhari, said his focus would be wiping indiscipline and corruption out of the Nigerian system if elected president in the April polls.

Buhari, who spoke in Port Harcourt at a presidential campaign rally Saturday, observed that the last 12 years of the People’s Democratic Party (PDP) rule had taken Nigeria deeper into corruption and misrule.

Buhari, who was accompanied by bigwigs of his party, including his running mate, Pastor Tunde Bakare, said his party would focus on education, security, infrastructural development and good governance.

He said his administration would pay attention to all the sectors of the economy, especially education which standard continues to drop due to bad governance.

”Everybody is struggling to be in a place of power so as to put the treasury in his pocket but we promise to build educational infrastructure so as to allow ordinary people to pursue their means of taking care of their families,” Buhari said.

Speaking earlier, Buhari’s running mate, Bakare, said neither President Goodluck Jonathan nor his party, the PDP, had any plan to take Nigeria out of its current predicament.

He said the CPC had already outlined its plans to restore Nigeria to true federalism, adding that it planned to use dialogue and engagement to restore power to ordinary Nigerians.

“Our desire was to help Jonathan Goodluck. We went to see him thrice and he told us that he doesn’t know what to do about the nation. We will reverse the years the locust has eaten.

“The only party that will restore true federalism in Nigeria is the CPC. We will restore the spirit of true federalism with the constitution. There will be devolution of power in CPC. We are bound by what we have promised. The PDP has taken power to itself. We are going to restore power to the people of Nigeria.”

FORMER governor of Lagos State, Asiwaju Bola Tinubu and former Chief of Army Staff, General Alani Akinrinade (rtd), Wednesday, warned that the continuous shying away from the practice of true federalism portends doom for the country.

They said this at the commemoration of the 70th birthday celebration of Prof. Ropo Sekoni, the presentation of the book: ‘Federalism and the Yoruba Character and launching of  Yoruba Insight  and Innovation  Initiatives,’ at the Muscon Centre, in Lagos.Tinubu disclosed that the unification Decree 34 of 1966, which makes Nigeria a unitary state,  still exists after  47 years, noting that only true federalism will bring about democracy.

Represented by former Lagos State Commissioner for Information and Strategy, Mr. Dele Alake, Tinubu stated that the country has only had various shades of unitary forms of  government with different specifications and it is now operating a civilian ‘regime’ instead of  a real democracy.

Akinrinade, who was chairman of the event, warned of dire consequences if urgent steps were not taken to practise true federalism.

He said: “We must go out and propagate federalism because the more we look for excuses not to federalise, the more we go into deep trouble.

The lawmaker representing Ekiti Central Senatorial District, Senator Ojudu said there was a total disconnect between the present crop of leaders and Nigerians.

He said should the Boko Haram insurgency be allowed to go on unchecked in the North, the chances of conducting a free and fair elections in 2015 remained slim.

“I must tell you that Nigeria is in a state of war.”