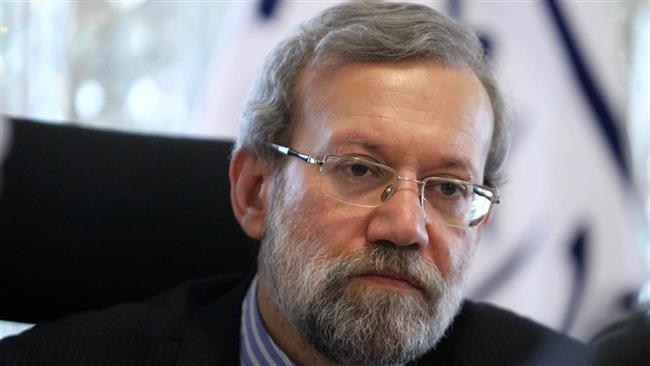 In a message to Iraq’s Parliament Speaker Salim al-Jabouri on Monday, Larijani condemned the recent terrorist attacks in the Iraqi capital of Baghdad, which killed over two hundred innocent people, and offered his deep condolences over the tragic incident.

“Undoubtedly, this terrorist measure shows the desperation and helplessness of terrorists and their allies as a result of the big victory [achieved] by the Iraqi government and nation in a decisive battle for [the city of] Fallujah,” Larijani said.

He reiterated that Iran would stand by the Iraqi government and nation “until the complete defeat of terrorists” and expressed the Islamic Republic’s readiness to give every kind of support to Iraq with the purpose of establishing and stabilizing lasting peace and security in the country.

At least 213 people lost their lives and 185 others sustained injuries in two terrorist attacks in Baghdad early on Sunday, according to police and medical sources.

The first attack occurred at about 1:00 a.m. local time (2200 GMT Saturday) when a bomber detonated his refrigerator truck packed with explosives in the capital’s south-central neighborhood of Karrada.

The area was busy at the time, as people were eating out and shopping late at night for the upcoming Eid al-Fitr, which marks the end of the holy month of Ramadan.

At least four buildings were severely damaged or partly collapsed, including a shopping mall that is thought to have been the main target of the bombing. Burnt-out shells of a lot of vehicles parked in the area were scattered all around.

The Daesh Takfiri terrorist group later claimed responsibility for the attacks, which it said were aimed at Shia neighborhoods of the Iraqi capital.

The northern and western parts of Iraq have been plagued by gruesome violence ever since Daesh terrorists started a large-scale campaign of terror in the country in June 2014.

Iraqi government forces, backed by fighters from Popular Mobilization Units, have been fighting the militants.