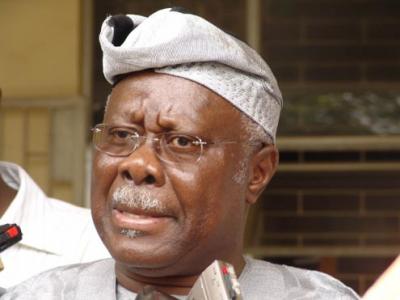 The court discharged and acquitted Mr. George claiming that the prosecution at the Economic and financial Crimes Commission had no evidence of Mr. George’s intention to commit fraud at the Nigeria Port Authority where he was caught presiding over a contract bazaar the bled the nation of Nigeria.

A panel of judges headed by a controversial judge, John Afolabi Fabiyi JSC, ruled that the charges of “contract splitting” upon which Mr. George was convicted is unknown to law.

The pattern of today’s quashing of George’s conviction was similar to that of a Lagos Court of Appeal ruling which similarly quashed a death sentence conviction of Major Hamza Al Mustapha’s for the murder of Alhaja Kudirat Abiola in 1996. In Lagos, a panel of Court of Appeal cleared former Chief Security Officer of late maximum dictator, Sanni Abacha Mustapha of murder charges under controversial circumstances. Al Mustapha later wrote a letter thanking President Jonathan for arranging his judicial pardon.

Since leaving prison a few years ago, Mr. George had been closely linked to President Jonathan, even sometimes openly bragging that his conviction will be upturned.