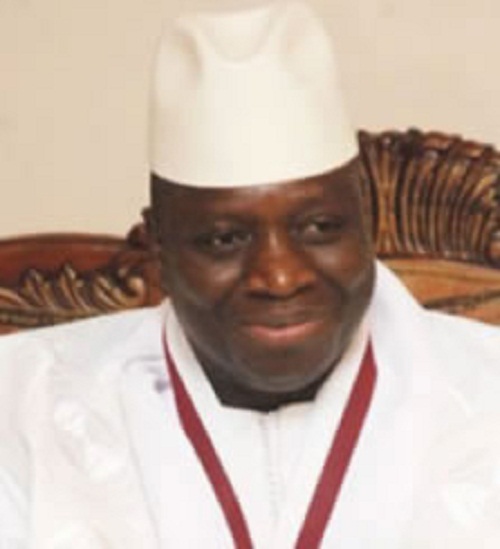 The Gambian President Yahya Jammeh has said that dozens of HIVand AIDS patients in the tiny West African state have been cured using his secret concoction of boiled herbs, Reuters reports.

Jammeh first announced he had found a natural remedy to cure HIV and AIDS in 2007, stirring anger among Western medical experts who claimed he was giving false hope to the sick.

“Who am I to expect that everybody would praise me,’’ Jammeh said in a state television broadcast on Sunday evening, announcing that 68 patients had been cured and discharged from a treatment centre.

“Just as the Prophet Mohammed prevailed and established Islam, I have also prevailed to cure HIV/AIDS to the point that 68 are being discharged today,’’ he said.

The World Health Organisation and the UN have said Jammeh’s HIV/AIDS treatment is alarming mainly because patients are required to cease their anti-retroviral drugs making them more prone to infection.

The president said the cured group was the seventh batch of HIV/AIDS patients undergoing his herbal remedy to have been discharged since the treatments began five years ago.

Jammeh came to power in The Gambia, a sliver of land on Africa’s west coast that is popular with sun-seeking European tourists, in a bloodless military coup in 1994.

He is accused by activists of human rights abuses during his rule, and recently drew international criticism for executing nine death row inmates by firing squad.

Jammeh said on Sunday that his government would fully integrate “natural medicine’’ to all the country’s hospitals, to complement Western medical techniques.

Other African leaders have drawn criticism for extolling the power of natural remedies to combat AIDS. Link: http://www.punchng.com/news/the-gamb…-cure-for-hiv/