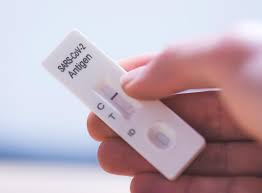 Recently, the attorneys general of various states throughout the nation said that CVS and Walgreens had reached a massive $10.7 billion settlement for their contributions to the opioid problem.

A total of $10.7 billion has been agreed upon by CVS and Walgreens to settle legal claims made against them. The national pharmacy chains are charged with inadequately enabling opioid prescriptions in the case.

According to NBC News, “In addition to paying $130 million to tribes, CVS will pay states and other political subdivisions a total of $4.9 billion. Walgreens will pay $4.95 billion in addition to expenses and attorney fees of more than $750 million.”

The payments from CVS will be made over a ten-year period. The payment will be spread out over 15 years by Walgreens.

Ellen Rosenblum, the attorney general of Oregon, said: “In the chain of distribution that led to the worst drug-related public health crisis in modern America, pharmacies played a significant role. Although this amount of money may seem substantial—and it is—it hardly touches the surface of the damage brought forth by America’s top pharmacy chains.”

Josh Kaul, the attorney general of Wisconsin, “The hundreds of millions of dollars that these agreements will bring to Wisconsin will have a significant impact on initiatives to reduce substance use disorder in local communities all across the state. The Wisconsin Department of Justice has made combating the opioid epidemic one of its top priorities.”

Jonathan Skrmetti, the attorney general of Tennessee, responded by saying, “Tennesseans are still suffering from the opioid crisis, and we will keep going after those responsible. We will donate settlement funds to the Opioids Abatement Trust Fund to help put a stop to the epidemic, even if no amount of money can mend fractured communities. I applaud our Consumer Protection team for their perseverance in holding pharmaceutical firms accountable; this office won’t give up.”

Letitia James, the attorney general of New York, stated, “Communities in New York and all around the country are still mourning the loss of family, friends, and loved ones to the opioid crisis. Even if the damage cannot be undone, my fellow attorneys general and I are dedicated to punishing those responsible for allowing this disease to spread so far through our nation accountable.”

Both drugstore businesses denied any misconduct.

As one of the biggest pharmacy chains in the country, Walgreens said in a statement released in November that it was “committed to being a part of the solution,” and that “this settlement framework will allow us to keep our focus on the health and wellbeing of our customers and patients, while making beneficial contributions to address the opioid crisis.”

Walmart also reached a settlement for its part in the opioid crisis last month, but it “strongly” denied any wrongdoing. In exchange, Walmart agreed to pay $3.1 billion.

According to NPR, firms have been required to pay $54 billion in settlements overall.

According to the Centers for Disease Control and Prevention, nearly 564,000 people died from opioid overdoses between 1999 and 2020, including those caused by prescription and illicit opioids (CDC).