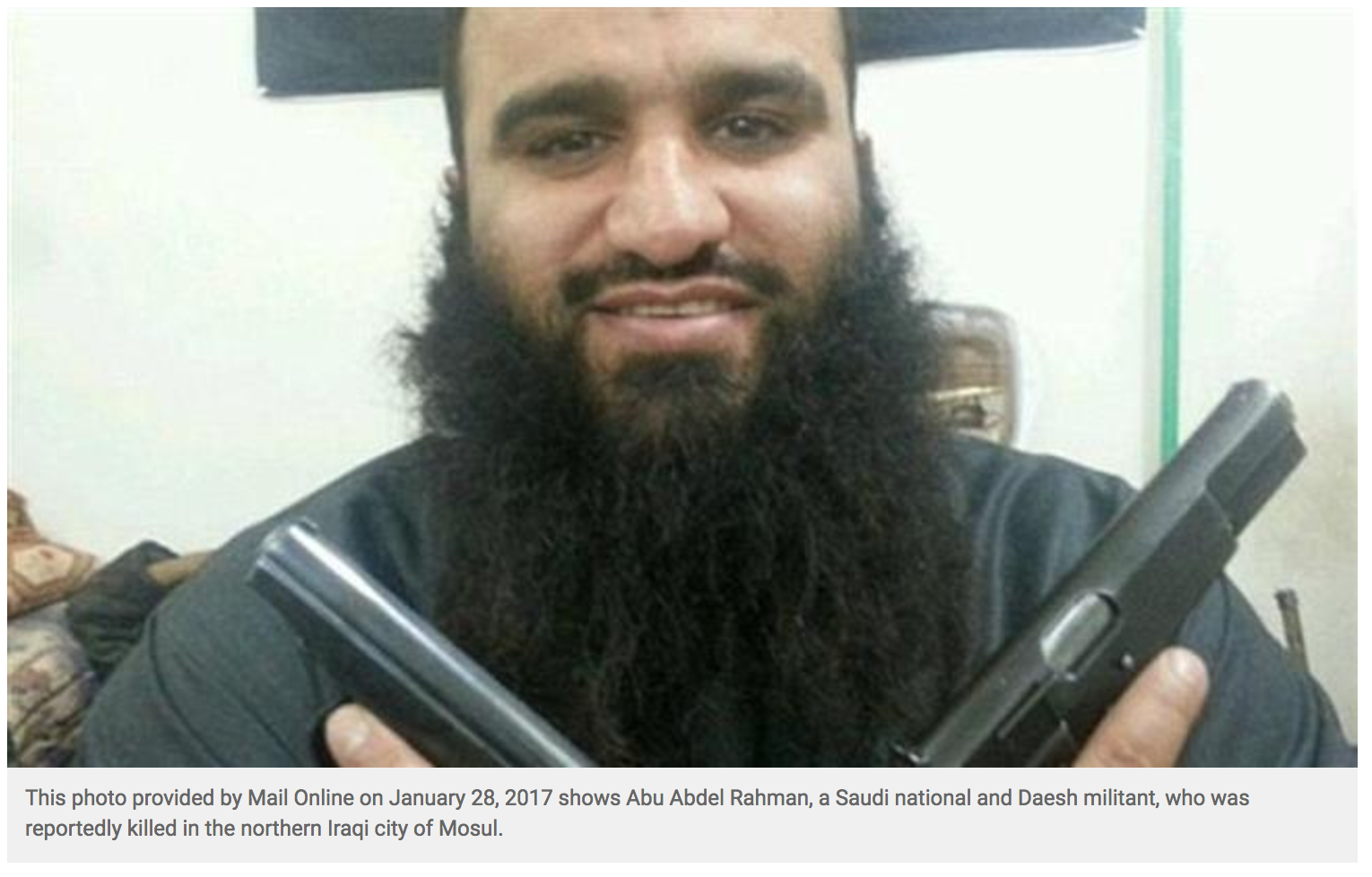 Iraqi intelligence sources say that most of the Daesh terrorists remaining in Iraq are Saudi nationals.

“The Saudi presence in Daesh is very large. What we have left are mainly Iraqis and Saudis,” a senior Iraqi counterterrorism intelligence officer was quoted by Fox News as saying on Wednesday.

Speaking on condition of anonymity, the official noted that around 30 percent of the Daesh terrorists in Iraq are Saudis that have entered the country over the past three years via Turkey or through the Syrian border town of Abu Kamal.

“The Saudis make up a large number of suicide bombers, as they already have the ground work of radicalization installed in their minds from radical sheikhs in Saudi,” he added.

Wahhabism is the radical ideology dominating Saudi Arabia, freely preached by government-backed clerics there, and inspiring terrorists worldwide. Daesh and other Takfiri terror groups use the ideology to declare people of other faiths as “infidels” and then kill them.

Another Iraqi intelligence source noted that Wahhabism has lead to the creation of Takfiri terrorist groups like Daesh.

“They have high-ranking officials and fighters among their ranks. Saudi Arabia is nothing without US protection,” he added.

The exact number of Saudis fighting in the ranks of Daesh is hard to determine. According to New York-based intelligence firm Soufan Group, 2,500 Saudi militants were estimated to have been fighting in Iraq by October 2015. The figure was down from 7,000 the previous year.

Iraqi forces are currently engaged in vast operations to liberate Mosul, Daesh’s last urban stronghold in the country. Iraqi government forces and allies liberated the eastern sector of the city in January following 100 days of fighting with Daesh.