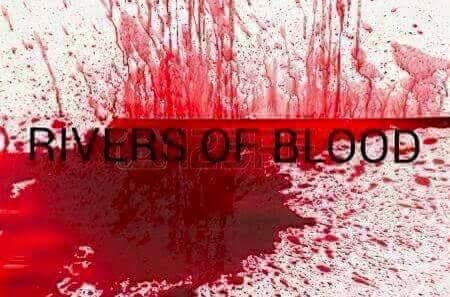 The Get Involved Campaign (GIC), once again woke up to the news of the ugly incidence of the arson on the offices of the Independent National Electoral Commission INEC, in some Local government areas of Rivers State, just some days ahead of rescheduled bye elections into some legislative seats in the State.

This arson, is coming in the midst of reports of threats of violence amongst politicians, in various parts of the State, in the build up to the rescheduled poll. One of INEC offices located in Boma, Kahna LGA was burnt which signifies build up to impending crisis usually caused by political class.

Today, there is palpable fear of violence in the State over the coming exercise.
We cannot but remind Nigerians,  of the colossal loss of lives, including that of a Youth Corp member and damages done to several properties during the initial bye election, which can be largely attributed to the desperation of the political actors in Rivers State.

Therefore, in realization of the importance of lives and the seeming unpreparedness of these political actors to guarantee a violence free atmosphere during the rerun elections, we hereby call on the Independent National Electoral Commission (INEC) to suspend the scheduled repeat rerun coming up on Saturday 30th July 2016.

The reason for this call is as a result of our observation and investigation on the likelihood of a repeat violence, based on the desperation of some politicians to win the elections.

We are convinced that no life, is worth the political ambition of any politician and that in most circumstances,  the victims of electoral violence have always been the electorate or officers of INEC whose lives are wasted in the course of their legitimate engagements.

We urge INEC to ensure that there is an atmosphere of civility and an undertaken of an assurance of peace and good conduct, by all participating parties in the election, before going ahead, as we won’t want another inconclusive election which INEC has talked about and backed up and their won’t be need to waste scarce resources.

We wish to once again restate that no election is worth the life of any individual.

Yours in service to motherland,
Kola Salau
Executive Director