Did Justice Pindiga Actually Say All That? 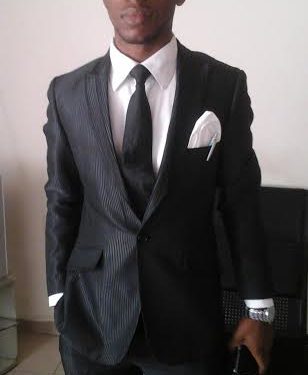 Did the former Chairman of the Rivers State Governorship Election Petitions Tribunal Justice Muazu Pindiga actually made the statements being credited to him by some commentators on social media, online mediums and blogs? The reports alleges that Justice Pindiga reportedly stated that he received threats and an invitation from an officer from the Department of State Service (DSS) to attend a meeting in Kaduna State which he declined and that this culminated in his removal.

So far, no national newspaper has published it. No TV station has aired it. This raises a question mark on the credibility of these online reports.

Did Justice Pindiga issue a written press statement or did he address a press conference? Where and in what manner was the statement made? Those circulating this bellicose publications and crediting same to Justice Pindiga owes the public an explanation. If His Lordship actually uttered these statements did His Lordship make an official complaint to the National Judicial Council (NJC) or the Chief Justice of Nigeria? Are these unsubstantiated and disparaging reports intended to scandalise the judgment of the Tribunal? Who is sponsoring these reports?.

When the former President of the Court of Appeal, Justice Ayo Salami, accused the former Chief Justice of Nigeria Justice Katsina-Alu, G.C.O.N of interfering in the Sokoto State Governorship Election Petitions Tribunal there was no argument or suspicion on whether he actually made the accusations or not. All the national newspapers and TV stations in the country reported it elaborately. It was not only published by some anti-government online mediums and blogs.

The Supreme Court in the case of Odedo v. INEC (2007) All FWLR (Pt. 392) 1907 reiterated the need for judges to be insulated from politics and politicians. Judges should be seen to be dispassionate in their handling of cases.

The judiciary remains the last hope of the common man. Those who rig elections should not be seen to be using the Courts to legalise and legitimize their illegality and corruption. The judiciary should never offer solace to election riggers.

I urge those circulating these reports to be circumspect. Let us not insist that the law cannot be effectively used to discover the truth. What transpired in Rivers and Akwa Ibom States on April 11, 2015 is well known to us. Local and international observers couldn’t have been all wrong in their verdict(s) that elections in these two States was a sham.

(Legal Practioner and Convener of the Coalition of Human Rights Defenders, COHRD).