I address you once again in the course of our nation’s history. I am disillusioned, disenchanted, disturbed and disorganized by the magnitude and intensity of corruption exhibited by the Jonathan’s administration.

I am bold to say without reservations that the government of Gooduck Ebele Jonathan is the most corrupt in the history of the Federal Republic of Nigeria. I give you reasons why any Nigeria who has got blood flowing through his veins and not kerosene should not commit the satanic sacrilege of voting for Jonathan or the PDP.

These economic cankaworms, financial scavengers and national devourers have succeeded in rewinding our national life by 20 years. The anointing of Diezani Alison Madueke (Minister Of Petroleum) by president Jonathan as the untouchable, uncrowned Prime Minister of Nigeria elucidates the degree of the looting of national treasury. This messenger of Mr president (Deziani) has been indicted by six(6) reports namely:

Despite all these indictments, the darling favourite of Mr president is every Wednesday immaculately attired and cosmopolitantly fashioned in DIAMONDS attending the Federal Executive Council Meeting under the watchful eyes of an unperturbed and conquered president.

Now with this massive irredeemable and record breaking looting of our common patrimony, who ia that sane Nigerian who support a man who on national TV defended his demented proposition that stealing is not corruption? Nigerians must come out of their gullible cocoons and operate in an active mileau.

Femi Fanikayode, Reuben Abati and Doyin Okupe should all learn from the experience of Labaran Maku. No amount of pacakaging, window dressing, boju-boju and bolekaja politics will redeem or sell rotten eggs. 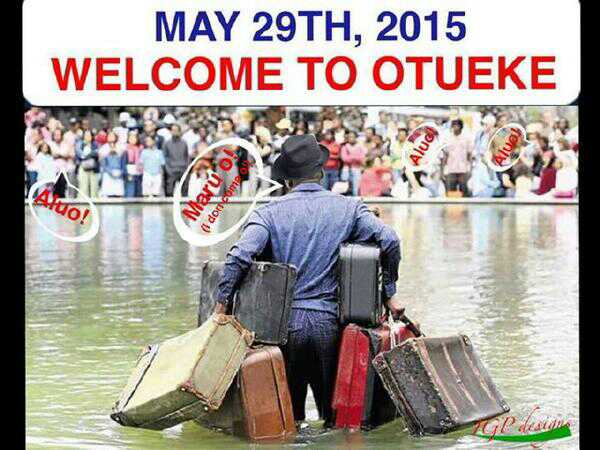