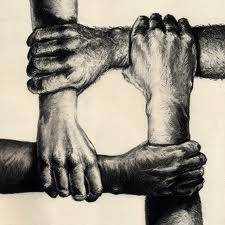 The National Population Commission, in the last census which held in 2006, puts the total population of Nigeria at 140 million. The country with three major tribes-Yoruba, Hausa and Igbo; and another 371 tribes is indeed a heterogeneous and complex nation.

These crises have contributed to the developmental set back of the country. The question which has for long remained unanswered is if different groups can unite and raise good leaders despite our differences.

Ethnic, religious and even communal conflicts have been a threat to political development since the return to democracy in 1999. Aside that, the selfish attitude of ordinary Nigerians to shelve competent leaders for differences also hinders progress

Year 2015 will mark the 16th year of uninterrupted democracy, but unfortunately there is still no clear progress in political awareness and development over the years.

It is time for Nigerians to keep aside our differences and put forward the zeal of choosing good leaders for the betterment of our country. This will help reduce the high rate of terror attack in the country.
Ahmad Shehu Kano
07034822070.