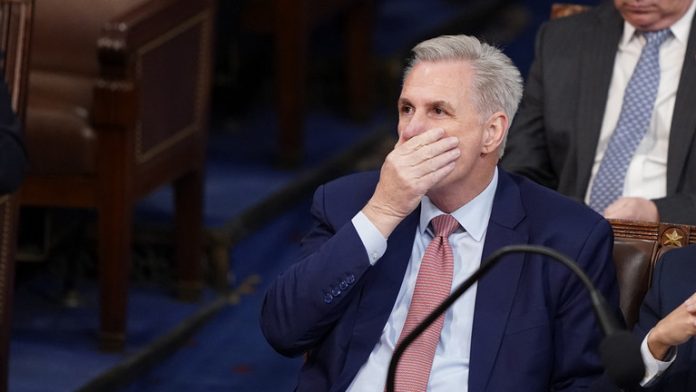 Republican Representative Kevin McCarthy has vowed to run for House Speaker despite losing multiple votes for the position, claiming he has the support of ex-President Donald Trump, despite the former leader’s indication that he may withdraw his support.

McCarthy, speaking to reporters in the Capitol on Tuesday night after a private meeting with Republican allies, was asked if he still had Trump’s endorsement for House Speaker, and responded, “Oh yeah.”

“Trump has already stated his support, and I spoke with him tonight,” he said.

However, in an earlier interview with NBC News, Trump was hesitant to commit to his support for McCarthy, which he first announced ahead of the midterm elections in November and reiterated last month.

McCarthy took over as House majority leader after the Republicans regained control of Congress following the midterm elections, and he was set to become House speaker when lawmakers met on Tuesday to fill the position. However, he failed to gain a majority in three separate votes due to opposition from 20 insurgent Republicans, with rival GOP members instead coalescing around Ohio Rep. Jim Jordan.

With the lower chamber still without a speaker, Congress will reconvene on Wednesday for another round of votes, though it is unclear how the Republican impasse will be resolved.