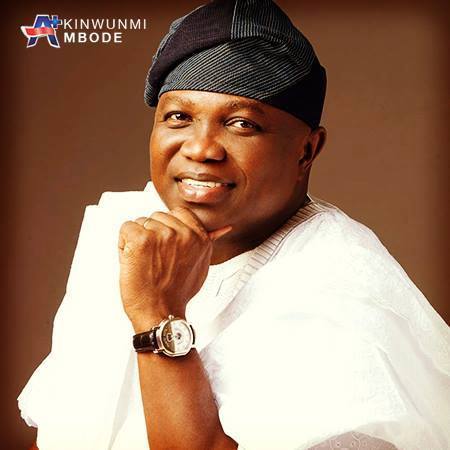 The environmental rights group told our correspondent on Thursday in a telephone chat that they are disappointed with the water policy in the state.

Philip Jakpor, spokesman of the organisation, said Lagos State Government under the APC, is pursuing a privatised water policy which ERA fears will further push the poor into the margin.

ERA which doubles as the country’s wing of Friends of the Earth, wants Ambode to make a public statement, declaring his stance on the controversial Private-Public Partnership (PPP) in the water sector in Lagos which the World Bank said it cancelled after pressure from civil society and labour groups.

This is coming as a United States Representative Gwen Moore has issued a public letter to the President of the World Bank Group (WBG) raising concerns about their role in the water sector.

Moore is calling on the Bank to stop funding and promoting water privatization pending an independent review and congressional hearings on conflicts of interest created by its investments in water privatizers.

The World Bank is also alleged to be complicit in a controversial water PPP in Lagos.
Rep. Moore particularly noted the role of the World Bank private arm- the International Finance Corporation (IFC) as advisor to governments and marketer of PPPs which have proved disastrous in several countries including the Philippines and India.
The letter, released on Tuesday, April 12, was addressed to World Bank President Dr. Jim Yong Kim, with copies to U.S. Secretary of Treasury Jacob Lew and newly appointed IFC Executive Vice President and CEO Philippe Le Houérou. It comes in the wake of the water crisis in Flint, Michigan, where an anti-democratic model of governing led to a public health catastrophe.

The inquiry focuses on the WBG’s conflict of interest resulting from its multiple roles as advisor to governments, worldwide marketer of privatization models—such as PPPs—and investor in private water corporations that benefit from the very projects it facilitates.
Moore, the Ranking Member of the Monetary Policy and Trade Subcommittee—has a key role overseeing the U.S.’s relationship with the WBG and other development institutions and has long been a champion of water access issues.

Last year, the Congresswoman joined 22 other members of the Congressional Black Caucus in a letter of support to ERA and other groups in Nigeria organising to block a planned water privatization scheme in Lagos.
According to Moore: “Water access is a fundamental human right no matter where you live,” even as she added that, Dr. Kim and his team have the responsibility to put the World Bank’s mission—alleviating global poverty—above the pursuit of profits…
Shayda Naficy, a water privatisation expert at Corporate Accountability International said: “The World Bank is stacking the deck, dealing the cards and placing all the bets, putting profits above human need,” said. “For years it has ignored the concerns of those most affected by this blind pursuit, but with Congress asking questions, it can no longer pursue this path with impunity.”
In the mean time, ERA’s Deputy Director, Akinbode Oluwafemi said on Wednesday in an online statement to this reporter: “Rep. Moore’s correspondence is not only timely, it also captures the very questionable role played by the World Bank in denying the largest segment of society which cannot pay the fundamental right to a free gift of nature”.
According to him, ”it is shameful how the World Bank has for years been promoting a toxic PPP water privatization scheme across the globe as success story. This wicked scheme was also sold to the Lagos government through an IFC advisory contract which civil society and labour rejected. While we still see the Lagos government tinkering with the idea, we make bold to say that access to water is a fundamental human right which is not negotiable.”
Oluwafemi pointed out that the Ambode administration must not shy away from its responsibility through a conspiracy of silence, even as he added that the state cannot be an exception in the march towards ensuring every citizen of the world is not denied the basic human right that water represents.
Continuing, he said, ”we insist that the Lagos government reject contracts designed by, involving, or influenced by the IFC, which operates to maximize private profit and develop a comprehensive plan for achieving universal access to clean water in the state. This must be done in concert and with the full consent of the people. PPPs are not democratically designed. They are unacceptable.”