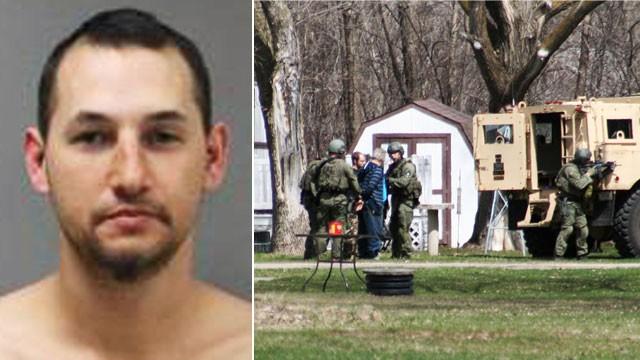 The FBI has taken into custody a Minnesota man who was believed to be plotting a terrorist attack.

Buford Rogers, 24, of Montevideo, was arrested Friday after authorities searched his home and found guns and explosive devices, according to an FBI news release. The Associated Press reports Molotov cocktails, suspected pipe bombs and a Romanian AKM assault rifle were among the weapons found. An affidavit said Rogers admitted firing the weapon at a gun range in Granite Falls.

The search warrant was executed in conjunction with the ATF, Minnesota Department of Natural Resources and several regional law enforcement agencies.

The FBI said in the release that the lives of numerous Montevideo residents were potentially saved.

A complaint against Rogers was filed in Minnesota Federal District Court and an investigation is ongoing.

Rogers is charged with one count of being a felon in possession of a firearm, the Associated Press reports, and is expected to appear in court this week. He has a past conviction for felony burglary and a 2009 misdemeanor for dangerous handling of a weapon in Hennepin County, according to court records cited by AP.