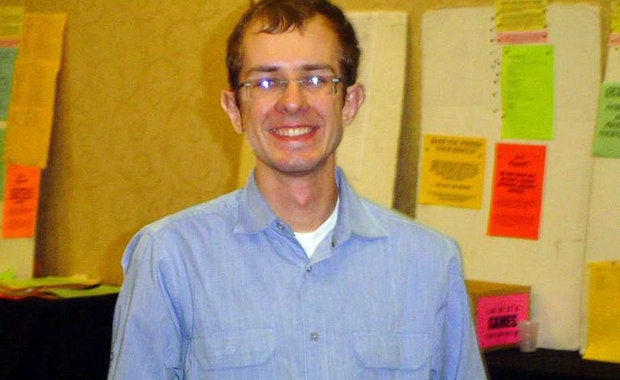 NewsRescue– It has just been discovered that a New Jersey Rutgers student, Mykyta Panasenko was actually arrested on April 7th at 4pm, a week before the Boston marathon bombings, while on his way to New York, with two improvised explosive devices (IED’s)!

Surprisingly this very serious arrest of a NJ man carrying “two homemade explosives on an NJ Transit train” was not made public by the Federal agencies and only came to light after he was taken to court. We ask why not? Is it that Panasenko “did not fit the preferred profile” of such actions? Is it all about safety? Are we safe, or is a certain “profile,” under attack in America? Should we not have been informed about Panasenko, so we could be vigilant in Boston?

The report in NJ.com:

More than a week before three people were killed and more than 260 people were injured in the Boston Marathon bombings, a Jersey City man carried two homemade explosives on an NJ Transit train, authorities say.

He is also charged with recklessly creating widespread risk of injury or damage to a building which normally contains 25 or more persons by constructing the explosive devices, according to the charges filed by the FBI-led Joint Terrorism Task Force and the Port Authority Police Department.

The FBI did not return calls for more details and no one answered the door at Panasenko’s home this afternoon.

Although the arrest was made more than a week ago, it was not reported by authorities. The Jersey Journal learned about the incidents when Panasenko appeared in Central Judicial Processing court to hear the charges Wednesday.

Authorities also charged Panasenko with having two improvised explosive devises at 4 p.m. on April 7 aboard an NJ Transit train leaving Hoboken and bound for Suffern, N.Y., the complaint says.

Does not fit the desired “profile,” to be made public?

How many more such instances are potential terrorists arrested who do not fit the desired profile that the public is not made aware of their arrests?

It has been noticed that when people who do not typically fit the profile are arrested, they are taken in alive, like the Aurora incident, whereas when blacks or others who fit this questioned profile are apprehended, they are either killed gruesomely or have their voice-box yanked out. The case of Kimani Gray, a Brooklyn teenager who had up to 14 shoots pumped into his back for allegedly pulling out a pistol is another instance. Riots broke out among Brooklyn-ites who did not even believe he had a weapon and were mad he was “assassinated,” with most shots “entering his back,” signifying the child was running and not constituting a danger.

There are many questions left open regarding the conduct of security officers leading to the Boston bombings and in sequel to the bombings, including grave inconsistencies in the details that need to be answered. An independent investigation has been requested by several Senators.

A few questions include:

Why the Feds endangered the public by requesting our assistance in locating the boys, when they had them on their watch-list and as such in their immediate database?

Why did the Feds initially deny knowing the boys, until the mother insisted and then finally Russia revealed this vital information?

Why the threat was hyped and violence of the capture was exaggerated, including claims that the younger brother fired shots, which the security services yesterday withdrew.

Did this scared boy, with no gun actually drive over his brother and escape in Boston-on-lock down, a feat that even the most seasoned criminals are unable to pull off in towns not on lock down?

How did the 19 year old’s neck actually get injured?

Who the naked man was, and why this man was unusually embarrassed by being stripped totally naked in full Camera glare in Watertown, coincidentally just down the street from where Tamerlan was murdered and his severely torn-up naked body was recovered?

More questions and “conspiracies” can be seen here.

These and many other “crazy,” inconsistencies in the details of the Boston bombing prompt a question of intended attacks against a certain “profiles,” in America by the law enforcement.