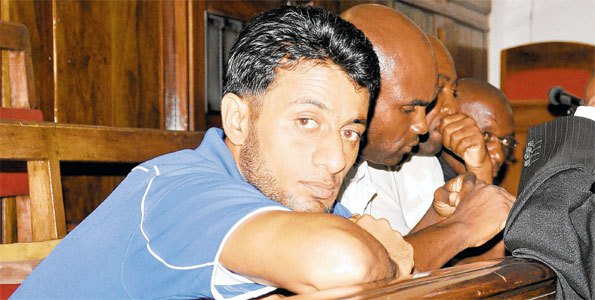 A Nigerian pastor, one Mr Chukwudi Okechukwu, who preaches in Tanzania, under the umbrella of the Lord Chosen Church of Nigeria, has reportedly bagged a 30-year jail term after being convicted of smuggling cocaine worth Sh3.1 billion.

According to reports, Okechukwu, who Anti-narcotics police allegedly believe is one of the top members of a drug syndicate operating in Tanzania, Nigeria and South Africa, was jailed alongside a South African, one Stan Hycent and Pakistani Shoaib Mohammad Ayazi over the same offence.

He and his three accomplices were reportedly hiding in a mansion in Dar es Salaam’s Kuduchi Mtongani suburbs when the police allegedly surrounded the house and arrested them.

Anti-narcotics police had received information about foreigners who were planning to smuggle into the country a huge quantity of cocaine and store it in a house in Kunduchi Mtongani.

However, a surveillance team led by head of Anti-Drugs Unit, ADU, Godfrey Nzowa, was deployed to keep an eye on the mansion that the preacher and his accomplices had rented.

The team had purportedly knocked on the front gate in their bid to arrest the suspected drug dealers.

Soon after the police knocked on the gate and introduced themselves, reports further revealed that the four suspects started running around the house in apparent fear and panic.

There was an alleged cat-and-mouse chase drama inside the compound as the police tried to get hold of one of the suspects as he was attempting to jump over the fence. Three suspects were arrested inside the house.

The Nigerian suspect was reportedly the only one who managed to jump over the wall but was arrested after a chase by the police.

Upon searching the house, anti-drugs police allegedly seized 81 packets of drugs which were later confirmed by a Chief Government chemist to be cocaine hydrochloride.

However, intelligence report revealed he visited Tanzania some years back and had made a name for himself as a pastor at his ‘Kinondoni Biafra’ church and won many followers.

The head of Anti-Drugs Unit, Nzowa, reportedly described their jailing as ‘another great achievement’ in Tanzania’s efforts to fight drug trafficking.

Nzowa also added that drug business was a threat to national security especially when foreigners are left to operate in the country.

“The jailing of the Nigerian pastor and his co-conspirators brought to three, the number of high profile drug cases that have been heard and determined by the High Court in the space of three months.

“Early in September, the same court sentenced to 20 years a young Tanzanian, Fred William Chonde, to 20 years in jail after it found him guilty of possessing 180kg worth Sh 5.2 billion and ordered him to pay a Sh 15 billion fine,” Nzowa noted.

“Again last month, the court sentenced a businessman, Kadiria Saidi Kimaro, who attempted to smuggle 91 heroin capsules that he had swallowed, through Julius Nyerere International Airport, JNIA, to 20 years in jail. He was also ordered to pay Sh122 million in fine.”

Nzowa further noted that the speed with which the Judiciary hears and determined the drug cases has renewed hopes by anti-drugs campaigners who had accused courts of mishandling drug cases.

“There has been a concern that the way court handled drug trafficking cases might make it easy for the convicts to later secure freedom or bail in what could be viewed as disregard of the law,” he noted.

“Corruption and influence peddling by highly placed individuals have been cited as one factor that frustrates the war against traffickers.”

However, the judiciary has repeatedly defended itself over the accusations, saying shoddy police investigations and poor prosecution were to blame for the circumstance.