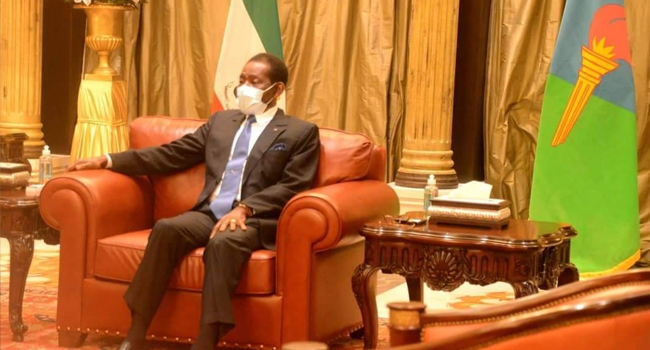 Obiang, 80, seized power in August 1979, toppling his uncle, Francisco Macias Ngueme, who was then executed by the firing squad.

Firmly suppressing dissent and surviving a string of attempted coups, he has remained at the helm of the oil-rich central African state ever since — a record for any leader alive today, excluding monarchs.

His extraordinary spell means that he is just the second president in Equatorial Guinea’s history since it gained independence in 1968 from Spain, its colonial power for nearly two centuries.

The upcoming vote will see Obiang in a race with two rivals, although few doubt the outcome. In 2016, he was re-elected with 93.7 percent of the vote.

Sunday’s presidential ballot was originally scheduled for April next year but was brought forward to November 20, officially for cost reasons, so that it could be held at the same time as legislative, senatorial, and local elections.

Pictures of Obiang and his Democratic Party of Equatorial Guinea (PDGE), the country’s single legal political movement until 1991, are splashed along every main street in the capital Malabo.

Opposition posters are frequently torn down or pasted over with a portrait of the president.

The PDGE’s slogan — “continuity” — dominates the state television TVGE, which gives live coverage of the president’s rallies and then replays them constantly