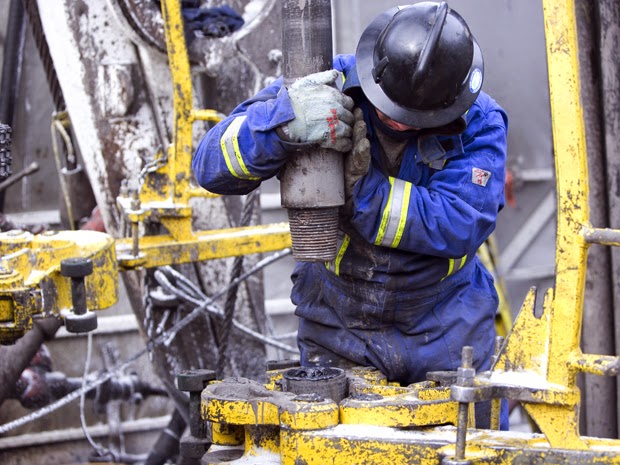 The search for alternative energy by the Barack Obama administration in the United States of America (USA) has begun to take a toll on Nigeria’s crude oil export as the US for the first time failed to import a single barrel of crude oil from Nigeria.

This troubling scenario experienced in the month of July, according to industry watchers, may spell doom for the Nigerian economy. Obama’s vigorous search for alternative energy to drive the world’s largest economy poses grave dangers for Nigeria whose economy is highly dependent on revenue from oil.

Nigeria used to be the fifth largest exporter of crude oil to the US. While US crude imports rose by 569,000 barrels per day in July, imports of Nigerian crude fell to zero for the first time.

However, experts said despite declining revenue, depleting foreign reserves and pressure on the exchange rate, Nigerian economy remained “robust enough to withstand the shock waves hitting the economy.”
Data obtained from the US Energy Information Administration during the week showed that US imports rose to 7.623 million bpd up from 7.054 mbpd in June.

Despite being at their highest since December 2013, imports are down from 8.058 mbpd in the same month a year ago. Imports from Nigeria fell to zero in July, down from 89,000 bpd in June, all of which had gone to the US Atlantic Coast.

Nigeria had remained remarkably upbeat despite lower-than-expected revenues, low foreign investment and a weak infrastructure base.

While President Goodluck Jonathan has rolled out a slew of robust, but seemingly disjointed plans in several sectors of the economy, his government has failed to articulate a stimulus package to deal with the current public revenue crisis and record unemployment, or to weld the plans into a coherent whole.

Reports indicated that before now, the US has reduced crude imports from Nigeria by 91 per cent, putting the country’s crude exports in disarray.

The US, which was hitherto the biggest importer of crude from Nigeria with over one million barrels per day, early this year imported an average of 100, 000 bpd till June 2014.

Data obtained from the Nigerian National Petroleum Corporation (NNPC) revealed that by the end of last year, the US dropped to the 10th highest importer of Nigeria’s crude, with 1.438 million barrels.

Obviously, Nigeria has started witnessing the negative effect of shale oil exploration in the US and other parts of the world. Prior to July, the country’s crude oil export to North America had dropped by 91.31 per cent in one year.

Nigeria, Africa’s biggest crude exporter, depends largely on crude proceeds to service over 85 per cent of its budget.

The present scenario, no doubt, compels President Jonathan and his economic team to roll up their sleeves and come up with a way out for the country’s economy.