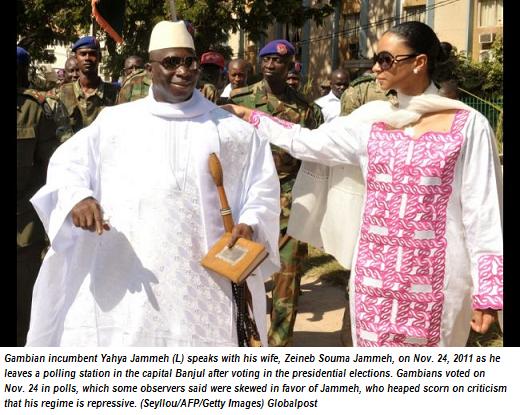 “…all Gambia ever learned from Britain during colonial years was how to sing Baa Baa Black Sheep and God Save the Queen.“–Yayah Jammeh, Gambian President

It isn’t yet clear what triggered the move, which was revealed in a statement on Wednesday….A Foreign Office spokesman said: “Decisions on Commonwealth membership are a matter for each member government.

“We would very much regret Gambia, or any other country, deciding to leave the Commonwealth.”

Speaking to BBC Radio 4’s Today programme, Bakary Dabo, former vice president of Gambia and chairman of the country’s campaign for democratic change said: “This has been building up over the past few years and accelerated, especially as the last week he (Mr Jammeh) was at the UN General Assembly and used his time located to him to go into some long rambling about the ‘western powers’ and their supposed hegemonic plans around the world.”

Last month, the president told the United Nations General Assembly homosexuality was one of the three “biggest threats to human existence”.

He warned other countries The Gambia could not be bribed with aid to accept homosexuality.

He said: “If you are to give us aid for men and men or for women and women to marry, leave it. We don’t need your aid because as far as I am the president of the Gambia, you will never see that happen in this country.”

He has also claimed he can cure Aids with a herbal body rub and bananas.

The Commonwealth is an international association consisting of the UK together with states that were previously part of the British Empire, and dependencies. The British monarch is the symbolic head of the Commonwealth. -Google