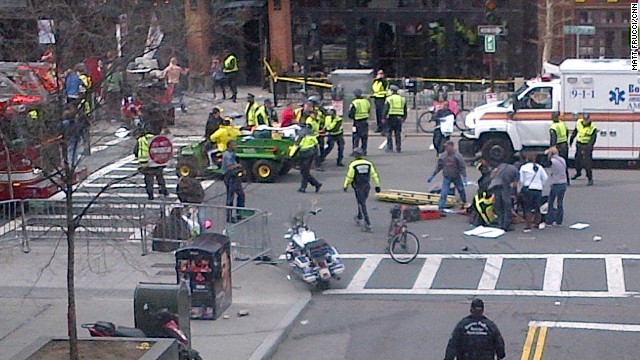 Georgia Sen. Saxby Chambliss told Channel 2 Action News late Tuesday afternoon that a law enforcement agency may have had information in advance of the Boston bombings that wasn’t properly shared.

“There now appears that may have been some evidence that was obtained by one of the law enforcement agencies that did not get shared in a way that it could have been. If that turns out to be the case, then we have to determine whether or not that would have made a difference,” Chambliss said.

Though Chambliss would not get into specifics on  the information or whether or not the bombing could have been prevented, he told Channel 2 Action News that they will find out if someone dropped the ball.

Tamerlan Tsarnaev attended a workshop sponsored by the CIA-linked Jamestown Foundation, Izvestia reports today. The Russian newspaper cites documents produced by the Counterintelligence Department Ministry of Internal Affairs of Georgia confirming that the NGO “Fund of Caucasus” held workshops in the summer of 2012 and Tsarnaev attended.

The Caucasus Fund was established in November, 2008, following the Geoergian-Ossetian conflict. The main purpose of the organization, according to Izvestia, is to “to recruit young people and intellectuals of the North Caucasus to enhance instability and extremism in the southern regions of Russia.”

The Jamestown Foundation is a known CIA front. It “is only an element in a huge machine, which is controlled by Freedom House and linked to the CIA,” writes the Voltaire Network. “In practice, it has become a specialized news agency in subjects such as the communist and post-communist states and terrorism.” CIA director William Casey and Russian dissident Arkady Shevchenko were instrumental in creating the organization. Jamestown’s board of directors includes Zbigniew Brzezinski, former National Security Advisor to Jimmy Carter.

Brzezinski, a high-level globalist operative, initiated the CIA’s recruitment of the Mujahideen in Afghanistan that ultimately produced al-Qaeda and the Taliban.