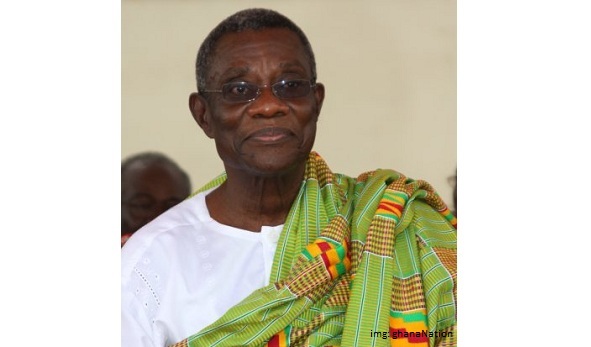 NewsRescue- Ghanian authorities have just announced the death of the president, John Atta Mills. His death was announced today, but it is rumored that he passed away since Saturday, after a brief illness. He was 68.

Late president John Atta Mills just arrived from a medical check up in the US,  during which at departure at the airport, he responded to rumors of his death: “Indeed this is not the first time I’ve heard people say this about me…Let me just say that I’m very, very, very strong. And I don’t know the basis for saying that I’m dead,” he told the press at the airport. Listen to his pre-flight press interview

Some believe he may have been poisoned or killed in the US.

Official accounts state that the president passed away at the 37th Military Hospital in Accra Ghana, this Tuesday. He is known to have been suffering from throat cancer for several years. Earlier, in June he traveled to the United States for check-up, from Saturday, 16 June to Monday 25 June, 2012.

John Atta Mills is regarded by many to be one of Ghana’s best presidents. He is remembered globally for his strong rebuke of threats by Britain’s David Cameron to cut aid to Ghana if the nations laws on homosexual relations were not revoked. Atta Mills had firmly rebuked such intimidation, explaining that as Ghanians respected western cultures, so also must western nations respect Ghana’s cultures and culture based decisions.

The current evolving crises in his political party and the nation at large, makes many anxious on the future of Ghana.

The second death-on-seat of its nature in that region of West Africa, it is recollected that Nigeria’s president, Musa Yaradua died during his first term from chronic illness in 2010. The deputy president, Goodluck Jonathan assumed the position and has been one of the most embattled presidents, struggling to lead Nigeria through some of the most testy times. Nigeria’s vice presidents ‘fortunate’ accession has been regarded by many as unfortunate for the nation as they believe he was never intended for and capable for presidency.

Ghana’s Vice-President John Dramani Mahama is to be sworn in as president at 1800 GMT, in line with Article 62 of the 1992 constitution.