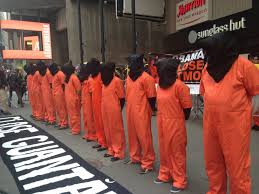 The Senate has reached an advanced stage to pass a bill that seeks seven years jail term for social media critics found guilty of inciting the public against the government.

The proposed legislation which has scaled second reading in the upper legislative chamber is also proposing a stiffer punishment for internet fraudsters and scammers in Nigeria as those convicted will face a seven years imprisonment.

The joint Senate Committees on Judiciary, Human Rights and legal matters, Drugs, Narcotics and Financial Crimes led by Senator Umaru Dahiru (PDP, Sokoto), yesterday organised a one day public hearing on the bill for an act to provide for the prohibition and punishment for electronic fraud and crime in all electronic transactions in Nigeria.

Section 13 subsection 3 of the bill proposes that: “Anyone who intentionally propagates false information that could threaten the security of the country or that is capable of inciting the general public against the government through electronic message shall be guilty of an offense and upon conviction shall be sentenced to seven years imprisonment or N5 million (fine).”

The committee chairman Senator Umaru Dahiru (PDP, Sokoto) said electronic fraud was posing serious threat to world economies and Nigeria being a developing economy should enact appropriate laws to deal with the challenges.

NewsRescue Editor- ‘Inciting’ is such a vague terminology that any perceived opposition of the government can lead to arrest and lock-up for 7 years.

Nigeria has become one of the most fascist regimes in history with this bill passing the house.

The masses will be locked up in mega-corruption and unable to react if this bill passes, which it almost has, ‘surprisingly’ gaining acceptance by both parties.