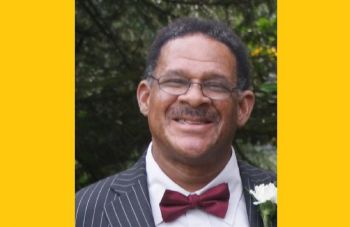 Corruption: the Nigerian model of living in hell

By Dickson IgweThis is the first of a series of stories warning of the destructive consequences of corruption to Virgin Islands prosperity and development. Corruption is a diabolical monster, robbing present and future generations. The Nigerian corruption model is stated in this first article. The story warns leaders contemplating corruption of corruption’s disastrous consequences. It uses the Nigerian model of corrupt governance.

This Pilgrim has been super critical of the Nigerian state of recent. He once lived in Nigeria. He lived in South Western Nigeria between 1971 and 1981, with stays in the South Eastern part of the country. In his early to late teens, he attended a vibrant Roman Catholic boarding school in an equally vibrant and colourful city called Lagos. Lagos is Nigeria’s commercial capital, Africa’s second fastest growing city, with a population of 21 million.

When this traveler lived in Nigeria, there was the promise that it would one day turn out to be a great nation. There was a hope, and there was a healthy hubris in the Nigerian personality. It appears that since his departure from Nigeria’s shores three decades past, the country has declined irrevocably, maybe irreversibly.  Yes, today, things are vastly different, and for the worse.

OK. And decades later, in November 2013, he is a happy and contented Resident of the majestic British Virgin Islands, in his latter middle age. He is also an avid Observer of Africa’s swift economic growth. However, he has shown his distaste for the greed and corruption that is endemic to the KLEPTOCRACY named Nigeria. This he has done very publicly on social media: much to the indignation and chagrin of some of his Nigerian friends living in that troubled country. A number of his Nigerian friends have left his FACEBOOK friends listing all together as a result of his assertions. He has zero regrets.

Nigeria is an extremely resource rich nation of 140 million. It possesses a marvelous geography and a climate and landscape favourable to agriculture. Nigeria is not threatened by dangerous quirks of the planet such as earthquakes, tsunamis, or hurricanes. Nigeria has been further gifted with a wonderful topography; a colorful history; and a powerful culture. These divine assets, which when combined with the country’s vast oil wealth and myriad mineral resources, place Nigeria at the very pinnacle of Africa, in terms of countries that possess a wealth of natural bounty.

Nigeria could not have been more blessed by deity. And Nigeria should have rivaled Brazil as a global economic power this early 21st Century.

Instead, Nigeria is the laughing stock of Africa. A country that has seen over a trillion dollars in oil revenues simply vanish since 1973: vanish into the pockets and overseas bank accounts of a handful of rulers and their acolytes. The OIL CURSE is a very real paradigm. It explains why countries with oil as sole foreign exchange earner are actually worse off as a result. The oil or resource curse has stymied Nigeria’s social and economic development. It has practically destroyed Nigeria’s agricultural, industrial, and technological sectors.

Oil is a monoculture that has sucked the oxygen out of every other economic sector in Nigeria. It could very well be stated that had billions upon billions of barrels of oil not been resting under the surface of the South Eastern Nigerian Delta, the country would be better off today. Oil, according to a Venezuelan politician of the 1960s, is the devil’s excrement.

Oil rich countries are prone to corruption and economic mismanagement. The oil bounty makes governments unaccountable, and populations parasitical, and dependent on state handouts. Nigeria is not an exception.

Nigeria is a country with over a hundred billionaires and hundreds of multimillionaires: it harbours the richest blacks on earth. But it is a country where the super wealthy elite exist in a bubble. They go from palatial home, to armoured car, to private jet, to German medical facility for treatment of common ailments. They dare not mix with the overwhelming majority of a seething, vexed, and suffering population, for fear of being kidnapped and murdered. The private jet and bullet proof car market in Nigeria is booming.

One Nigerian multimillionaire, and ex state governor- a typical post government service condition of having become super rich while in office by using the state treasury as a personal piggybank- very publicly stated in a national newspaper in November that his kids, who he sent to the most expensive schools on earth, could not adjust to life back in Nigeria due to all the security measures he had to have in place to protect them. They could further not adjust to the poverty surrounding them on every side. DOH!

On the other side of the street from Mr. Corrupt Billionaire, Nigeria’s middle classes, the backbone of any nation state have been hemorrhaging socially and economically for decades. Today there is no real middle class in Nigeria. There are two dominant classes: the tiny minority of the very rich and the overwhelming majority of the poor.

The country’s best brains have departed its shores. Brilliant minds, who should have shepherded Nigeria into developed nation status, grace the halls of commerce, government, and academia in the developed world, and elsewhere. Nigerians are an intelligent, vibrant, humourous, and innovative people. But the Nigerian heritage and posterity have been crushed by a handful of evil predators.

Nigeria’s physical, social, and economic infrastructure is in the stone-age. It is a country powered mostly by personal generators. In some areas electricity is practically nonexistent. Regular water supply is a supreme luxury. The road, drainage, sewage, and railway infrastructure is grotesque. Its commercial airspace is increasingly unsafe. The police are the most corrupt and violent on earth.

Nigeria’s quality of life metrics are at the bottom of the pyramid globally. The average wage is just over a hundred dollars a month. Many Nigerians live on less than a dollar a day. Unemployment among new graduates is 80%. National unemployment is put at 40%. Life expectancy for the poor is in the early 50s. Child mortality is frightening.

The country has become a haven for terrorists, pirates, subversives, and murderous robbers. Education and healthcare are subhuman. Thousands of men, women, and children die annually in a quiet civil war between Muslims and Christians, and even Muslims and Muslims.

The principal cause of Nigeria’s quagmire: endemic Corruption mixed with tribal and religious hatred!   However, it is the beast called Corruption that has robbed the country’s present and future generations, for good. This Observer does not expect Nigeria to improve in his lifetime. In fact: he expects the country to get worse, and ultimately breakup in a fratricidal conflict.

Yes the prognosis for Nigeria is dire, unless the country’s people take control of the situation. Nigeria’s people can achieve that through a revolution that overthrows the current predatory elite. Then the people will have to aggressively install the virtues of honesty, justice, and integrity, in other words civility, efficient economic management, and transparent governance, as the national Modus Vivendi.

In Nigeria, that can only take place through a people’s led revolution of the type France experienced in the very late 1700s. This would be a revolution that changes the present cadre of corrupt, mediocre, and incompetent leaders at the top. Essentially it will have to be a class struggle with the poor and middle classes, taking social, economic and political control away from a very ruthless and super wealthy elite.

That is unlikely to happen. Nigeria is motley of hundreds of tribes and ethnicities more loyal to their local chief than to an idea of one Nigerian nation. Then the center is controlled by the .1% that owns the apparatus of power. The Nigerian elite is made up of super wealthy businessmen, security and defense barons, and military apparatchiks. This top layer in the power dynamic would ruthlessly crush any uprising, and in a very bloody manner: there would be a mass culling of a significant percentage of the Nigerian population was any uprising against the status quo to occur today.

Nigerians, these final days of 2013, are amazed at the trajectory the country has taken. And Nigerian’s are among the greatest excuse makers in the world. In a world where nations consist of various ethnicities, social groups, religious sets, and races, who get along, in the interests of the common good, the latest excuse given by the Nigerian for the current social and political mess the country finds itself is this absurd one: “Nigeria should never have been put together as a single polity by the British Colonial Master in the first place.” This Observer will venture to state that the reason for the current anxiety over the tenuous political state of Nigeria is the mass theft that has left Nigeria in perpetual ruin. Add a predatory and mediocre leadership.

To this Observer, that excuse is as absurd as excuses can get. One wonders after the country breaks up- as appears to be the desire of many who have never tasted the terrible tragedy of war- and the same trajectory of decline continues among the variant subsets of a Post Nigeria, what the new excuse will be.

This Observer has stated to the clear dismay of many a Nigerian that the fault lies in the Nigerian soul, heart, and mind. The Nigerian personality trait appears to harbour two consistent evils: hatred and greed. Correct that aspect of the national character, and everything else changes, for the better.