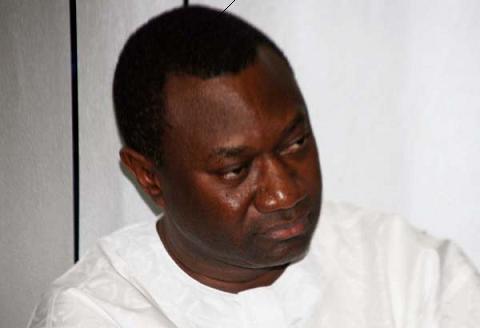 WHISTLEBLOWERS MONITORS, an anti-corruption civil society group has warned the Federal Government to be wary of Foreign investors with record of corruption related practices in other countries who are currently on the prowl to take chunk Nigerian assets under the Privatization programme of government.

In Its letter to the Vice President of Nigeria and Chairman of the Privatisation Agency, Arc Namadi Sambo, Whisltleblowers Monitors Inc, Nigeria office said it had uncovered the participation of Foreign investors with record of corrupt practices in other African countries in the Privatisation of power related assets of the country and requested that such companies should be disqualified from further participation in the programme.

The letter signed by Abdullahi Bello, Director of Research and Strategy, and received in the Presidency since January specifically fingered Otedola led, AMPERION Ltd as part of its consortium for Geregu power Plc, a company known as BSG which has been indicted in some countries for corruption and financial sleaze. It stated interalia:

“Following the recent release of the names of successful bidders for the Assets of PHCN  by the National Council  on Privatization headed by Mr Vice President,Arc Namadi Sambo, we have commenced independent checks on the companies and we serve you below our findings in the first part of a continuous exercise:

AMPERION  Power Distribution Ltd, with  Femi Otedola’s Forte Oil Plc as a member, won the bid for Geregu Power Plc with a bid price of $132 million for 51 per cent of the company’s shares.Other members of the Amperion consortium were: BSG Power of Guersney and Shanghai Municipal Electric Power Co. Ltd/ SGCC of China.

It is common Knowledge that Forte Oil took over AP Plc in the Privatisation exercise carried out by the NCP under the Chairmanship of Former Vice President Atiku Abubakar .African Petroleum- post Privatization has been a tale of woes for other shareholders who continue to lick wounds of the plundering of the company.It has been tales of losses in investment and human resources of the company while the Young Otedola has risen in economic prosperity and political goodwill. Geregu Power Plc funded by resources of Nigerians in the hands of Otedola is therefore on the   road to “Golgotha” and Nigerians should not expect a better performance in a weak power regulatory regime of political influence peddling.

Our findings shows that Otedola is in a “bad company”of BSG (Benny Steinmeitz Group), a company currently being investigated in Guinea for Corruption related transaction on  Iron ore Mineral exploitation deal. BSG is  also associated with the” Blood Diamond Saga.”

Our research  shows that The government  of Guinea is probing how BSGR won rights to develop iron ore mining blocks in the Simandou region of the nation.

The Government of  late President Lansana Conté, awarded the block to BSGR in 2008. In 2010, BSGR sold a 51 percent stake to Vale of Brazil, the world’s biggest iron ore miner, for a large profit and is yet to develop the field having already reaped great profit some of which is probably ending up to buy PHCN assets.

The Guinean Government backed by former British Prime Minister Tony Blair is investigating  ” bribe allegations against BSGR that consist of offering then-president Conté a gold watch adorned with diamonds, giving a diamond-encrusted, gold miniature Formula One car to a government minister, and claims the company agreed to pay Conté’s fourth wife a $2.5 million commission for helping the group secure mining rights in Guinea.”

Apart from the above, the company has been linked to “blood diamond saga” of the Democratic Republic of Congo where the plundering of Diamond continues to bring tears and blood of several of our African brothers. A report by Global Research titled “BLOOD DIAMOND CARTEL” stated: “Sotheby’s is another company involved in blood diamonds. In 2005 Sotheby’s partnered up with the Israeli-American Steinmetz Diamond Group to form Sotheby’s Diamonds. Beny and Danny Steinmetz of the Steinmetz Group are partnered with Dan Gertler, a new White House insider considered the unofficial “Ambassador” to the Democratic Republic of Congo, a country cursed by diamonds and other minerals, where at least seven million people have died since 1998. The Steinmetz/Gertler partnerships between them have controlling interests in Dan Gertler Industries, Steinmetz Global Resources, Nikanor and Global Enterprises Corporate (GEC), companies with massive diamond concessions in Kasai, and copper/cobalt concessions in Katanga, two provinces in the Democratic Republic of Congo.”

It is to be expected therefore that a foothold in our national asset by this company will be no less disastrous! Particularly when a vital asset like power is involved.With companies like these to run our power companies, Nigerians are in for a season of fleecing and exploitation!”

The group warned the Federal Government against allowing companies with Shady past to be given critical national assets as it would hurt the economy in the long run. According to them.

“It is therefore in our national interest that these companies be further investigated and disqualified from participation in our privatisation transactions without delay in view of their past record of association with corrupt practices and plundering of national resources.If they are not stopped, we are determined to mobilize Nigerians to stop the transfer of national assets to corporate blood suckers.”

All efforts to reach the office of the Vice President or the Bureau for Public Enterprises BPE for its reaction has proved abortive.