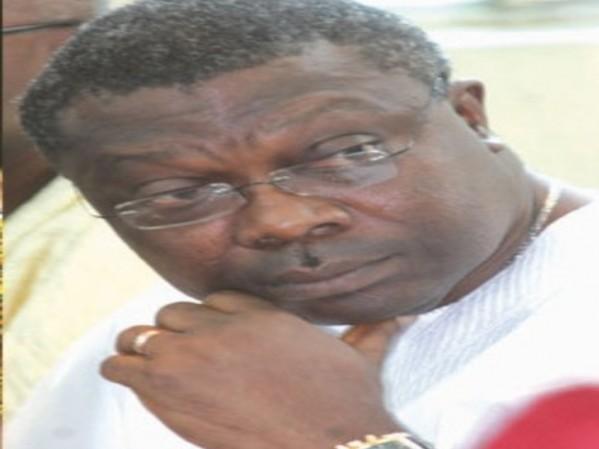 No fewer than five chieftains of the Peoples Democratic Party (PDP) and their apologists have died of shock in Ile-Ife since the loss of the party’s candidate, Iyiola Omisore, in the August 9, 2014 governorship election in the State of Osun.

Sources close to the PDP in the ancient town disclosed that some of the chieftains of the party who had been assured that the presidency had already concluded an arrangement to wrestle the state from the All Progressives Congress (APC)-led government of Ogbeni Rauf Aregbesola, developed sudden complications, when the reverse became the case.
It was also learnt that a sizeable number of the PDP are still convalescing in various hospitals in the town, due to the shock the election result engendered.

According to further investigation, the PDP candidate had listed out some juicy political appointments to be given to some of the deceased and those who are now recuperating in the various hospitals.

“The result of the election dashed their hope. It was as if there was a major disaster in some homes in Ile-Ife on the day the governorship election result was announced.
“Some families were sobbing and crying aloud, murmuring some words, saying they had lost so many promised opportunities with Omisore’s loss at the poll,” the source said.

It was also gathered that Omisore had so assured his kinsmen and supporters that his electoral victory was a done deal to the extent that they had started counting days that he would occupy the Okefia Government House in Osogbo.
Investigation also revealed that the PDP supporters had started celebrating the victory of the election that was yet to be held two weeks before the election.

A committee saddled with the responsibility of distributing already purchased customised uniforms and cows across the state was also up and doing.

A list of the APC chieftains, members and apologists to be dealt with, with various degrees of punishment was also said to have been drawn.

While some members of the APC had been slated for mere beating with canes, some would be arrested while others would have been run out of the state.

The list of some monarchs, who were considered not to be supportive of Omisore’s political goal, is also said to have been made up for subsequent deposition.

In some villages in Ife District, cash crop farmers, who were farming on Ife land, but refused to vote for Omisore, have been slated for outright ejection from their farms.

It was also gathered that the next child to the cradle, Modakeke, would have suffered more with Omisore as Osun governor, as he had made an arrangement to decimate the community by revoking certificates of occupancy of some houses in the heart of the town under the pretence that he would be citing government projects in the community.