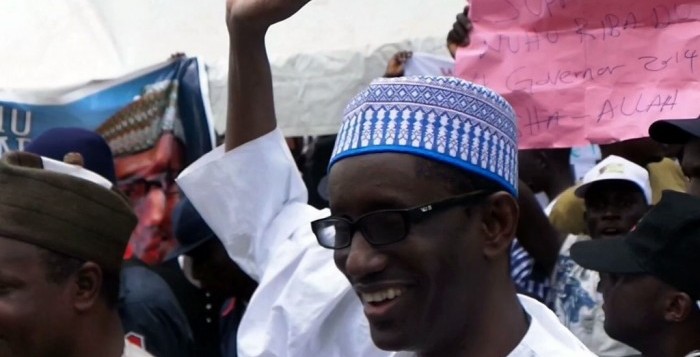 This is certainly a story for the books.

At the beginning of when when Boko Haram terror began destroyed the northeast of Nigeria taking over hundred thousand lives till date and displacing millions, the people of Adamawa state were organized by the religious leaders into communal prayer to deliver the northeast from the evil.

Every weekend the people gathered at the Eid/Sallah prayer ground and had prayers in which they besieged the Creator to bring to book those behind the terror.

And then PDP money came. Adamawa became a top battle ground state especially after the governor Admiral Murtala Nyako was impeached for indicting the Jonathan government in Boko Haram terrorism. PDP candidates began hustling for the state, Nuhu Ribadu began his gubernatorial campaign. The Presidency began flooding the state with PDP dollars and all local chiefs were given chunks; then according to indigens there was suddenly an announcement from the royal palace that the prayers for the Almighty to expose those behind Boko Haram and bring a horrible end to them were to be stopped.

According to locals we interviewed, they heard the religious leaders now acknowledging that they were partakers in the evil regime behind Boko Haram and had “drank the blood” by consuming the ill gotten wealth distributed by the “sponsors of the terror,” pleaded the prayers were stopped so they were not affected by the damnation.

It is further said that since the PDP money flooded the state, with all local chiefs being given hundreds of thousands, all the chiefs who did not have homes in the city have now bought homes.

Nigeria will surely never be the same again after this democratic campaign. “Bloods have truly been shared.”