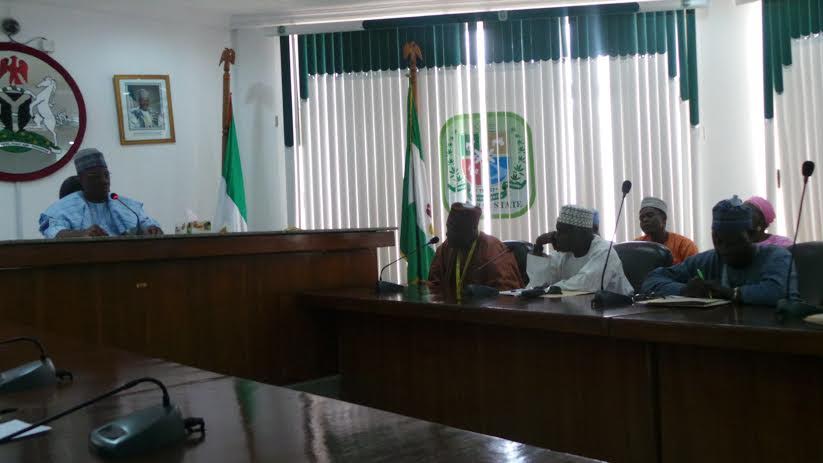 The Kwara State Governor, Alhaji Abdulfatah Ahmed has vowed that no form of blackmail and misinformation will deter his administration from growing Internally Generated Revenue as that is the only way government can continue to meet its obligations to the people and survive the current economic downturn. This comes as the state government unveiled plans to conduct a thorough audit of its workers with a view stamping to out ghost workers and certificate racketeering.

Alhaji Abdulfatah Ahmed, who stated these during a meeting with heads and bursars of state-owned tertiary institutions in the state on Tuesday in Ilorin, said that while it is common for some people to resist change, the best interest of the people must prevail at all times. It will be recalled that the government’s directive to tertiary institutions to open Single Revenue Accounts with designated banks in a pilot scheme was greeted with speculations that it was planning to hand the management of the institutions to its holding company, Harmony Holdings Limited.

While calling on the people to ignore such rumours, Governor Ahmed stressed that the newly-established Kwara State Internal Revenue Service is the only body authorised by law to collect and manage all state and local government revenues.

Speaking on other measures to plug leakages, Governor Ahmed said the planned audit of workers in the state will go beyond biometric verification and involve a through assessment including the authentication of academic certificates of staff while also eliminating any lingering cases of ghost workers in the system.

Alhaji Ahmed reassured that the Single Revenue Accounts will ensure transparency and budgeting as government will have a better idea of revenue coming into the coffers of the affected agencies so that it can support them where necessary. He called on the heads of tertiary institutions to embrace the Single Revenue Account as the new scheme will be a litmus test of their managerial ability.

The Governor said that under the new scheme, any revenue transactions outside the Single Revenue Account will be regarded as fraudulent and those found culpable will be punished accordingly.

According to him, there is a pressing need to identify alternative sources of revenue apart from dwindling federal allocation to the state which he said cannot fund government monthly obligations and major upcoming capital projects by his administration such as Share-Oke-Ode Rd, Ipetu-Rore Rd, Dualisation of Gamo-Micheal Imoudu Road, Ilorin, Kishi-Kaiama Rd, Pategi-Kpada Rd, and Tanke to UITH Road, Ilorin.

He listed other upcoming projects to include the construction of new hospitals, new campuses for Kwara State University (KWASU), additional 2000 secondary classrooms and the proposed Independent Power Project (IPP) to power industries across the state.

Governor Ahmed said the only way to fund these and other people-oriented projects and programs is to grow the Internally Generated Revenue so that government can meet its obligations such as payment of salaries promptly, create new jobs and funding of major development projects.