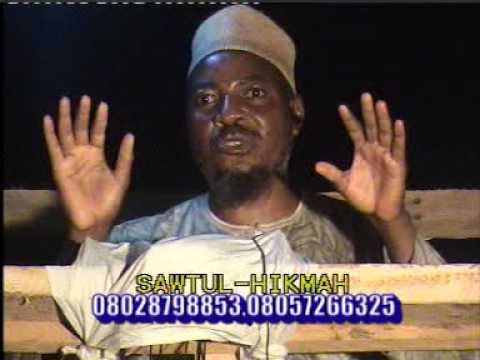 Letter of complaints and petition against inciting & provocative statements that are capable of leading to breach of the peace in Yauri LGA and its environs.

We feel obliged to forward this complain to you as concerned citizens of this great nation and beneficiary to its peaceful environment. The subject of this complain is the recent invitation by the Emir of Yauri, Dr Zayyanu Abdullahi to one Malam Abubakar Giro Argungu from Argungu LGA on 16th of April, 2016 to the Emir’s Palace in Yauri to deliver a specially arranged “Sermon” on Shia and Shiism in Nigeria and plans to eliminate Shia and Shiism in Yauri and Gwandu Emirates, in an organized and clandestine meeting that took place at the Emirs Palace with a selected group of Ulamas. Upon this invitation, Mal Abubakqr Giro delivered a lecture/ sermon in the emir’s palace, heaping a lot of lies, distortions and various false allegations on the followers of Shi’a school of Islamic thought, with a view to whip up sentiments and hatred against the followers of Shia school of Islamic Thought. His false and malicious allegations went on cunningly, showering all sorts of condemnations against Shia Islam such as;

1. Shi’a are fond of abusing the companions of the Holy Prophet (saw).

2. Shi’a usually decorates dogs during their procession and say it’s a dog of the Holy Prophet (saw).

3. Shi’a usually hire prostitute and use them in their procession as a prostitute of the Holy Prophet (saw).

5. The leader of the IMN, His eminence sheikh Ibraheem Zakzaky told his followers that all their wives are married to him by Allah, whichever one he want to use (have sexual relation with) should be brought to him and that is our way and practice

6. Shi’a abducted orphans and raise them with “bad ideology” . The audio record (CD) of his statement is hereby attached for your perusal.

The said Abubakar Giro Argungu called on Dariqa(s) and Izala(s) who are Sunnis to unite and fight shia sect with all force, especially in Yauri and Gwandu emirate where there is tremendious growth of the Shia population.

Sir, this is as unbelievable as it is shocking . When despite the difficult, harsh and worst condition the IMN Members are forced to live in after the gruesome event in Zaria; Where our Members were innocently killed and maimed and our revered leader Sheikh Ibraheem El-Zakzaky (H), still under detention by the Government, and despite all provocations to pressurize us into violence, which we have vehemently resisted . Yet, it appears some people are not happy with our response,they want to drag us into Mayhem. We have indeed repeatedly stated that “Violence ” is not our modus operandi , as it is against our beliefs and the teachings of our Holy and Revered Imams from the Household of the Holy Prophet (SAAW). Yet some people are hell bent in pushing us into precipitate action. We shall however and by all means remain resolute, despite the growing threat and intimidation.

For your information, this type of sermon incites scholars and their followers to violence against the Shi’as, it also aim at stigmatizing by branding them as the renegade sect. This can create a breach of the peace and possibly bloodshed, and the forerunner of this tragedy will be Malam Abubakar Giro Argungu and the Yauri emirate council under the leadership and direction of its Emir, Dr. Zayyqnu Abdullahi.

Therefore, we would like to crave your indulgences to nip this conspiracy in the bud by calling Malam Abubabakar Giro Argungu to order, at this point in time before he achieve his hideous motives the long term consequences of which is difficult to forecast.

Unfortunately, it was only recently, on the 14th April, 2016 to be exact that we had a meeting with Emirate Council, SSS, Yauri Area Commander regarding the issue of Pre – Khutba preaching in the Yauri central mosque. The Emirate Council curiously objected to what has been a routine for us in the last 22 years. To show our regard and respects – in order to allow peace to reign, we stopped conducting the Friday Pre- Khutba preaching in the central mosque. The most surprising thing is today’s report by the DPO which stated categorically that “Shi’a banned preaching in the town”.

This is surprising! Sir, As citizens, we know we have constitutionally guaranteed right to practice our religion as every Nigerian is entitled to , and call others.

Therefore, we seek a redress for what seems to be unjust and sectarian inclination.
While praying and hoping for perpetual peace and harmony in our beloved town, state and country at large, please accept our best wish and warm regard.